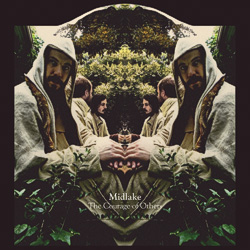 Following up on the success of its 2006 CD, The Trials of Van Occupanther, Midlake released The Courage of Others (Bella Union) in February. The former UNT music students, recording in their studio in Denton, have produced what NPR calls “one deep, dark, beautiful record” and the UK’s Guardian imagines as “the Romantic poets mourning climate change to a 1970s folk-rock soundtrack.”

The band — Paul Alexander, Eric Nichelson, Eric Pulido, McKenzie Smith and Tim Smith (’98) — performed at Denton’s NX35 in March with the Flaming Lips before continuing a U.S. and European tour.