Learn how you can support the peace studies program at Giving to UNT or email heather.cairns@unt.edu.

Madhav Joshi ('10 Ph.D.) grew up in Nepal when it was a peaceful parliamentary monarchy. But on a February day in 2001, as a master's student in Kathmandu, he was thrust into a violent insurgency that had been brewing with the spread of the communist Maoist party.

"Earlier that day I was offered a job at Tribhuvan University's Surkhet campus. Maoists tried to ambush the chief justice's vehicle in Surkhet District," he says. "The insurgency gradually displaced all government offices, including those in my home district. My family, my friends and I were scared and dreamed of a peaceful resolution."

Convinced that social and economic grievances caused the conflict, Joshi joined his brother in the U.S. in 2002 and enrolled in UNT's political science department to research civil wars, and peace and democracy after civil wars.

"UNT's peace studies program was an ideal place," Joshi says. "I learned about similar situations in countries from Africa, the Balkans and other parts of Asia and wanted to help explain causes of armed conflicts and find ways for them to be resolved."

Joshi is now a research assistant professor at the University of Notre Dame's Kroc Institute for International Peace Studies, one of the world's leading centers for the study of the causes of violent conflict and strategies for sustainable peace. He works with Jason Quinn ('10 Ph.D.), a postdoctoral research associate at the institute, on the Peace Accords Matrix, a database that tracks how the provisions of peace agreements for civil wars are implemented in the 10 years after the conflicts. This data has been used by negotiators and mediators in actual peace negotiations around the world.

Quinn and Joshi are just two of a growing number of UNT political science alumni who are committed to using analytical methods to approach peace and conflict studies as a science. They are looked to as experts on peace studies and are spurring on the creation of peace studies courses at other universities.

Peace as a science 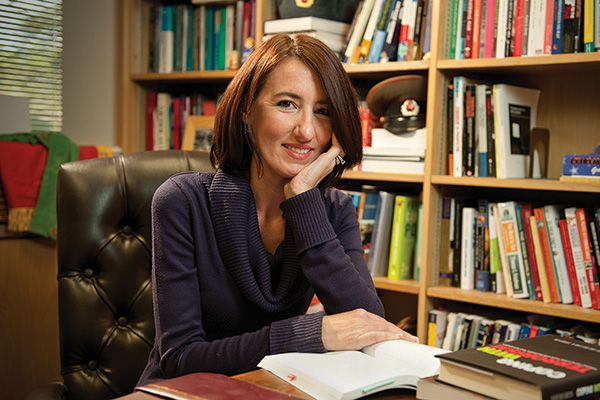 Many alumni say they chose UNT for the high-quality peace studies faculty, who now conduct research in the Castleberry Peace Institute — the only peace science research center in the southern U.S. It was founded in 2010 through the department's collaboration with the nonprofit organization Peacemakers Inc.

But UNT's emphasis on peace studies goes back to 1998, when the political science department created the Johnie Christian Family Peace Professorship with an endowment from the estate of peace activist Johnie Christian. Associate professor Steven Poe was the first to hold the professorship. Julie Harrelson-Stephens ('03 Ph.D.) recalls Poe, who died in 2007, as "a leading human rights scholar who put UNT at the forefront in peace studies."

As Poe's teaching assistant, she worked with him as he put together a curriculum for the interdisciplinary minor in peace studies, the first to be offered in Texas and the Southwest.

By 2000, UNT was offering a Ph.D. in political science with an emphasis on international relations or comparative politics focused on peace studies.

"You don't find peace studies at every university," she says. "During my first few teaching jobs, I had to propose creation of human rights courses."

Harrelson-Stephens took more than 30 hours of statistics courses as a doctoral student and researched the economic policies of more than 200 nations for her dissertation, analyzing their impact on human rights practices. She continues researching human rights in nations with uprisings during the Arab Spring.

"I jumped in with both feet," she says.

"I knew this data driven research was innovative."

"We're not in the advocacy business, and we're not philosophers for peace," he says. "We're committed to peace studies as a science, and government organizations are paying more attention to what we're discovering." 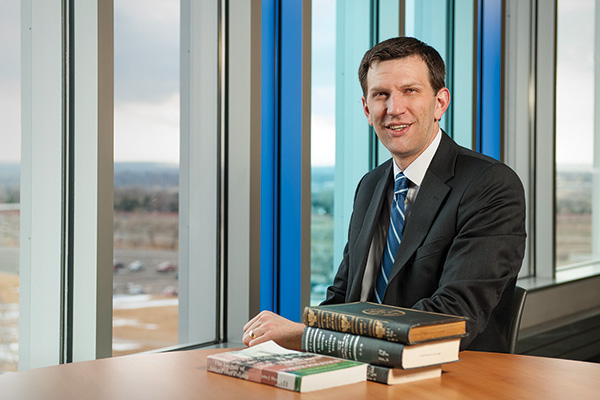 Steve Liebel ('12 Ph.D.), an assistant professor at Colorado State University-Pueblo, researches why nations join wars in which they originally had no part.

"I look for changes in battle-level conditions, such as a battlefield moving closer to a nearby state, that incite the growth of war," says Liebel, who also directs CSU-Pueblo's Center for the Study of Homeland Security.

His research developed out of an ongoing data collection project with Andrew Enterline, UNT associate professor of political science. They have collected information on battles of about 80 wars fought since 1816.

"I was inspired by Dr. Enterline and his incredible passion for the field," Liebel says.

The faculty's work puts UNT among the top 10 universities for peace science research when considering faculty quality and number of articles in peer-reviewed journals, says Salehyan.

The National Science Foundation has recognized this commitment. In 2010, it began funding a Research Experiences for Undergraduates summer program at UNT, the only one of its kind in the U.S., in which students complete peace studies research with faculty and graduate student mentors.

Quinn credits Mason for directing him toward a peace studies career after meeting him at the University of Memphis, where Mason was his professor when Quinn was earning his bachelor's and master's degrees. After Mason joined UNT in 2002, Quinn followed him for his doctoral degree. 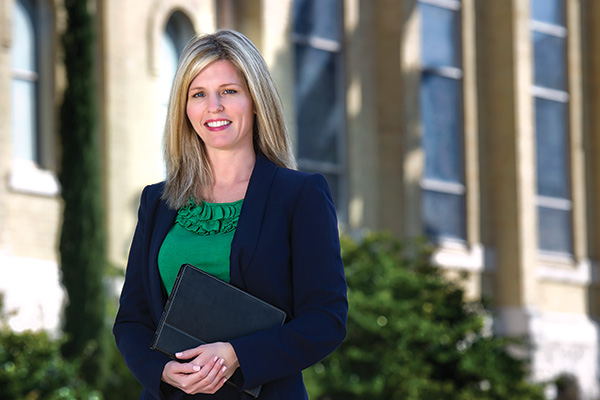 A second-generation UNT student, Amber Aubone ('11 Ph.D.) was proud to begin her doctoral studies where her father, Preston Virgil Crawford ('75), had earned his education degree.

And she says the support she received from political science professor James Meernik helped to fulfill her education and career goals. Aubone completed her dissertation research long distance after accepting a teaching position at St. Mary's University in San Antonio. She also was raising two small children, one of whom was born after she started her doctoral studies.

"Finding time to work on my dissertation was difficult," she says, "but Dr. Meernik helped me keep focused."

Working with Meernik, she examined how humanitarian and security interests lead to U.S. military interventions in armed civil conflicts. At St. Mary's, she's studying violent incidents in refugee camps and developing a database of camps throughout the world.

"This research will help scholars, policymakers and humanitarian workers assess how characteristics such as camp design affect the living standards of camp inhabitants — data that could have lasting results," she says.

Liebel says the aim of peace studies research is to be "policy-relevant and used by government officials and others."

Quinn agrees, adding that the Peace Matrix Accord data is more vital than ever.

"About 60 to 70 percent of civil wars fought during the last 25 years have ended in peace agreements, largely because of increased peace building by the United Nations," he says. "The matrix has changed my research agenda. I've set my sights on publishing for mediators and negotiators, not just academics."

He notes that UNT is receiving national attention for producing peace science scholars and credits his position at the Kroc Institute to Joshi.

"I think the scholars were so impressed with Joshi that they didn't hesitate to hire me," Quinn says.

The alumni now are recommending UNT to future peace scholars.

"I'm incredibly fortunate," Liebel says. "I'm researching policy that is making a difference and I'm educating the next generation of scholars."