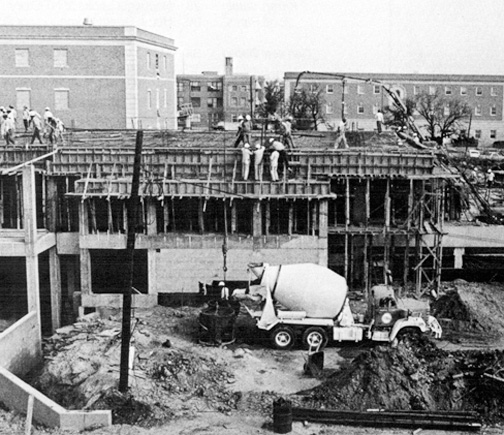 I was a little confused about a comment made in the short article about a new Union ("Brilliantly Green," fall 2012). It said the current Union was built in 1964.

Wasn't it completely rebuilt in the years 1974-1976? I was attending North Texas then and even worked in the university bookstore during all the construction.

I'm glad to hear a new one's going up but thought the article was wrong. The inner structure of the old 1964 building was used but not much of it remained.

Editor's note: Thank you for the clarification. The work in the '70s was considered a major renovation, with the building constructed around part of the 1964 Student Union Building. Construction is scheduled to begin on the new University Union this summer.