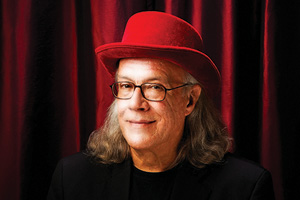 Carl Finch ('75, '79 M.F.A.) has a new honor to go along with the two Grammys he's won as a member of Brave Combo. He was inducted into the International Polka Association Hall of Fame in September.

"I was in complete disbelief," he says. "It's a big deal, right up there with winning the Grammys."

Finch formed the band as a student at North Texas in 1979. He says he was drawn to polka because the media unfairly maligned it and he liked its structure and rhythm.

"In strictly music terms, what I love so much about polka is how it maximizes the use of tension and release and doesn't take itself too seriously."