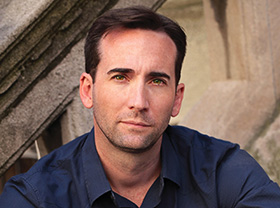 Daniel Keith got into acting thanks to his roommate at UNT. Now Keith has won Best Lead Actor at the International Independent Film Awards for the movie Rambler. His TV show and movie credits include Person of Interest and Gotham, the upcoming Freddie Mercury biopic The Show Must Go On and he also produced a documentary about the Texxas Jam '78 concert at the Cotton Bowl.

While studying music at UNT, Keith roomed with Thomas Sadoski, the Tony Award-nominated actor and co-star of HBO's The Newsroom. They remained friends, and Sadoski encouraged him to go to theatre school.

"The awards don't mean much to me," Keith says. "It's always nice to think someone likes what you do, but the thrill for me is creating the character and performing it."

Camille Hall dreamed of spinning the iconic Wheel of Fortune.

K Callan has dueled with Archie Bunker and raised Superman in four decades of acting.
Top