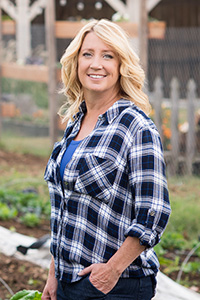 Susan Richardson ('99 M.S.) found her life's calling shortly after moving to Nashville in early 2001 to move adults with intellectual disabilities from a state-run developmental center to a family-based residential model.

"Upon seeing the conditions of institutional life firsthand, I decided to make working with adults with intellectual disabilities my life's work," Richardson says, reflecting on the conditions of Nashville's now-closed Clover Bottom Developmental Center. "There was a much better solution for adults and I was appalled with how this population had been shut off from society. I knew that we, as behavior analysts and as people, could do better by them."

Richardson worked as a behavior analyst, interim executive director and consultant for Community Living Opportunities in Tennessee and California until 2008 when she partnered with Rowan Millar to found their own company.

MillarRich provides residential, day, nursing and employment support for adults with intellectual disabilities in Middle Tennessee. The majority of individuals served are adults, and about 20 percent have autism.

"What makes MillarRich unique is that we pair individuals with families that choose to make this a professional career and they live with that family through the family model of residential services," Richardson says, adding that individuals who need medical attention are placed in families where at least one family member is a nurse.

"When faced with the statistic that more than 65 percent of adults with disabilities are unemployed, and half of those employed earn below minimum wage, we knew we could make a difference with the Old School Farm," Richardson says.

Richardson came to UNT in the '90s because of the Department of Behavior Analysis' prestige and was shocked to learn she would be teaching.

"I was terrified of speaking in front of people and scared to death," she says, "but teaching ultimately became my passion."

After completing her master's in behavior analysis, Richardson remained at UNT as an adjunct faculty member. She worked on the North Texas Autism Program under Shahla Ala'i-Rosales and Joel Greenspoon, a student of Harvard University professor and the father of behaviorism, B.F. Skinner. Greenspoon was "one of the most interesting and influential people" she ever met.

In addition to providing an academic foundation, UNT introduced Richardson to Debi Alvey Gonzalez ('92, '00 M.S.), who became a lifelong friend and colleague.

"I can't imagine my life without UNT having shaped my behavior to become the person I am. It also gave me the gift of people," Richardson says. "I have been so blessed to have Debi, who serves as MillarRich's operations director, at my side throughout my entire professional career."