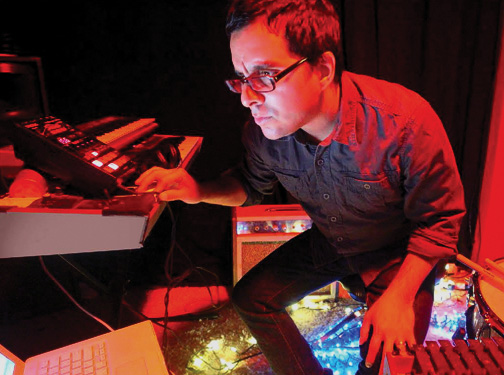 Jeff Ryan ('95) has played drums since he was 6, but he got serious when he saw drummers perform across the UNT campus and was inspired by their different sounds.

Now Ryan's work can be heard on the ambient album we were here, in which he performs under the name Myopic, as well as Jackleg Devotional to the Heart, the newest CD by the Denton-based Baptist Generals. He also played for Sarah Jaffe and St. Vincent and the bands Pleasant Grove, the New Year and the War on Drugs.

He released his first CD, plays in pieces, as Myopic in 2009. Myopic's sound is instrumental, ambient "soundtrack-ish" music.

"I just love painting my own pictures and letting listeners do the same," he says. "I have always been inspired by sounds rather than lyrics and collaging them together. It's kind of what Myopic is all about."