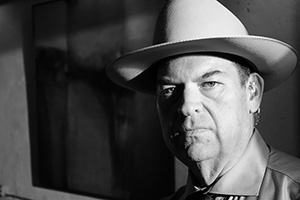 Michael "Jocco" Phillips ('92) always loved watching movies as a kid. When the movie Necessary Roughness filmed on campus in 1991, he got the chance to work with the crew and he knew it was just what he wanted to do for his career.

Phillips now serves as first assistant director for the long-running TV show Bones, as well as the Cinemax show Banshee. In addition to assisting the director, he coordinates production and supervises the cast and crew.

He's also worked on such films as 50 First Dates, Magnolia and Boogie Nights and the TV show Prison Break.

"Ultimately, I hope to be a producer and be the first person to win an Oscar for a made-for-television movie -- just kidding," he says.