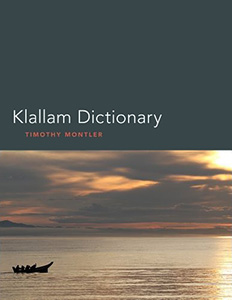 Timothy Montler, professor of linguistics, compiled more than 9,000 entries for the Klallam Dictionary (University of Washington Press), which was released this fall. The reference work covers the endangered language of the Klallam tribes in northwest Washington and British Columbia, Canada.

Montler began working with the tribes more than 30 years ago. Back then, only 100 of the elders could speak the language because so few of the children learned it. Fifteen years later, fewer than 10 could speak it. Now, hundreds of people speak Klallam as their second language. In 2007, the Klallam Language Program asked that Montler work on a dictionary, and he received $317,502 in funding to support the project through the Documenting Endangered Languages program, a cooperative program of the National Endowment for the Humanities and the National Science Foundation.