Race and the Cold War 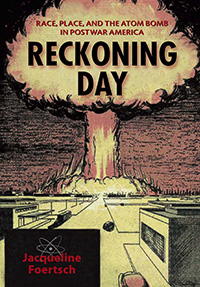 In English professor Jacqueline Foertsch's "Cold War Literature and Culture" class, she and her students explored novels that featured an interracial cast of characters trying to survive the atomic age.

That inspired her to write Reckoning Day: Race, Place and the Atom Bomb in Postwar America (Vanderbilt University Press), which examines African Americans' response to the Cold War in novels, press coverage, films, protest work of civil rights leaders and even popular music.

"In addition, the 'atomic' era in U.S. history also was the civil rights era, and many progressively minded white authors interested in atomic survival wanted to diversify the characters who populated their novels," Foertsch says. "Each did so in remarkable ways."