A Lifetime of Work 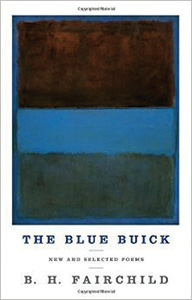 English professor B.H. Fairchild released The Blue Buick: New and Selected Poems (W.W. Norton), a collection of poems he wrote throughout his career. Fairchild says it was difficult to choose the poems, but he was surprised by how proud he was by the finished book.

"When I held it, finally, in my hands, my memory of my life outside the book, rather than the poems inside the book, swept over me," he says. "That is, the struggles to find time to write, the great piles of freshman essays I had had to grade, the towns and houses we had lived in, driving my daughter to ballet classes, driving my son to baseball games, seeing my wife coming home exhausted from teaching middle school math, standing in the backyard at 3 a.m. looking up at the moon and waiting for a poem to come. I was not only immensely proud of the poems but of the life, too."