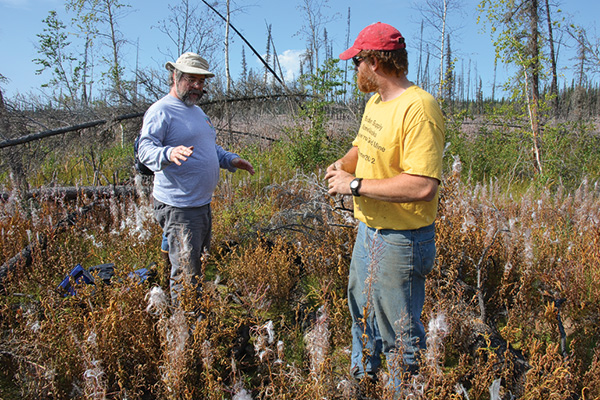 Since last year, the course — offered through UNT's Sub-Antarctic Biocultural Research and Conservation program — has included a component on the sub-Arctic region of Alaska. Three professors from UAF participated in teaching and course discussions through video conference, says Jaime Jiménez, professor of biological sciences and co-director of UNT's program.

This spring, the universities signed a formal agreement for UAF professors to teach the Alaska component through video conference. The class will compare the landscapes, cultures, wildlife and understanding of conservation in the sub-Arctic of Alaska and in Chile's Cape Horn Biosphere, one of the world's last pristine wildernesses, Jiménez says.

"The new agreement extends UNT's program to the far north, allowing for research collaborations in the sub-Polar regions," he says.

Since 2008, students taking the course have been exposed to wildlife and culture in the Cape Horn region as part of UNT's partnership with the Universidad de Magallanes and the Chilean Institute of Ecology and Biodiversity. UNT also collaborates with its Chilean partners to offer the study abroad course "Tracing Darwin's Path."

"The partnership provides an umbrella for new academic and research collaborations between UNT and Alaska and eventually for Alaska students to participate in our study abroad course," Jiménez says.

"It has been very successful. Students love the course."