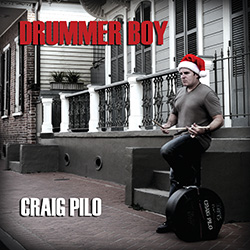 When Craig Pilo ('95) came to UNT, he was a bit intimidated.

"I remember starting the first semester surrounded by 200 young, hungry drummers and about 199 of them were better than me," he says.

He definitely improved. The Los Angeles-based Pilo has drummed for fellow alumnus Pat Boone, Frankie Valli and other musicians, as well as for a variety of TV shows. He's recorded three CDs, including his most recent Drummer Boy.

He credits much of his success to his time at UNT, especially Regents Professor Robert Schietroma and music professor Ed Soph.

"They did a good job shaping our practice habits and preparing us for auditions in the real world," he says.