Arab Film Festival to make a repeat appearance in 2014 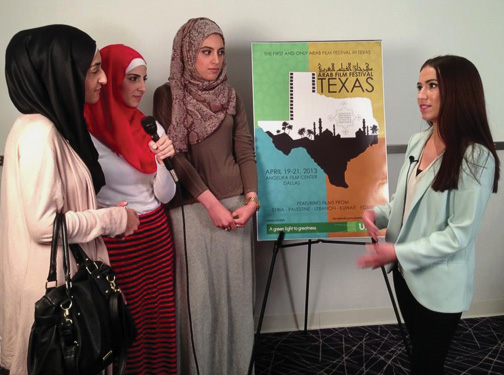 The response to the Arab Film Festival — the first in Texas — was so positive that UNT's Contemporary Arab and Muslim Cultural Studies Institute plans to sponsor it again.

The festival, which took place in April in Dallas, included movies from Lebanon, Syria, Palestine and other Arab nations, as well as a panel discussion about stereotypes in the Arab world.

"We received support from all over Texas, and attendance for this year's festival went beyond everyone's expectations," says the festival's founder and director, Tania Khalaf ('07 M.F.A.), assistant professor of international film in the Department of Radio, Television and Film.

"The community has shown me that there is a tremendous need for an Arab film festival and I can't wait to make it bigger and better next year."