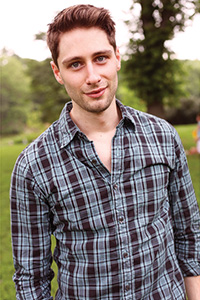 Rowan, who attended UNT from 2007 to 2010 as a philosophy and religion studies major, spent nearly a year in The Fantasticks, one of the world's longest running musicals. He called it a "rite of passage for a young actor in this industry."

He played the romantic lead, Matt, and the silent puppeteer of the show, The Mute.

He took time off to play Chris in Miss Saigon at Casa Mañana theatre in Fort Worth, which he described as "the most rewarding theatrical experience of my life."

He hopes to "continue sharing with people my soul, and tell a story as truthfully as possible, through the music, stage and film."