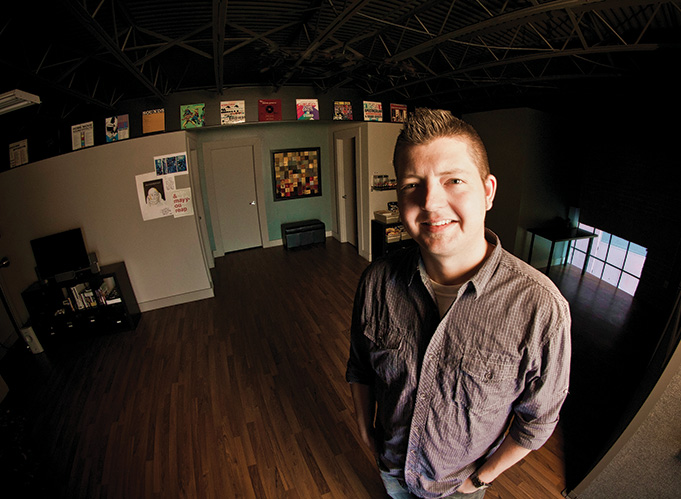 Ken McGill ('05) worked as a sound designer for the film Blood Brother, a documentary about a man who moves to India to help children with HIV/AIDS. The film won the U.S. Jury Grand Prize and Audience Award at this year's Sundance Film Festival.

As a sound designer at Washington, D.C.-based Defacto Sound, McGill creates and manipulates audio for films, games and TV. For Blood Brother, he worked as a dialogue editor, sound effects editor and foley artist.

"I would have been just as honored to work on the film regardless of any Sundance accolades," says McGill, a former trumpeter with the One O'Clock Lab Band who still plays professionally in the D.C. area.

"But it is rewarding to see a finished product garner some national attention, especially since the attention helps bring funding and assistance to the needs of these orphans."

Listen to samples of Ken McGill's music on SoundCloud. >>