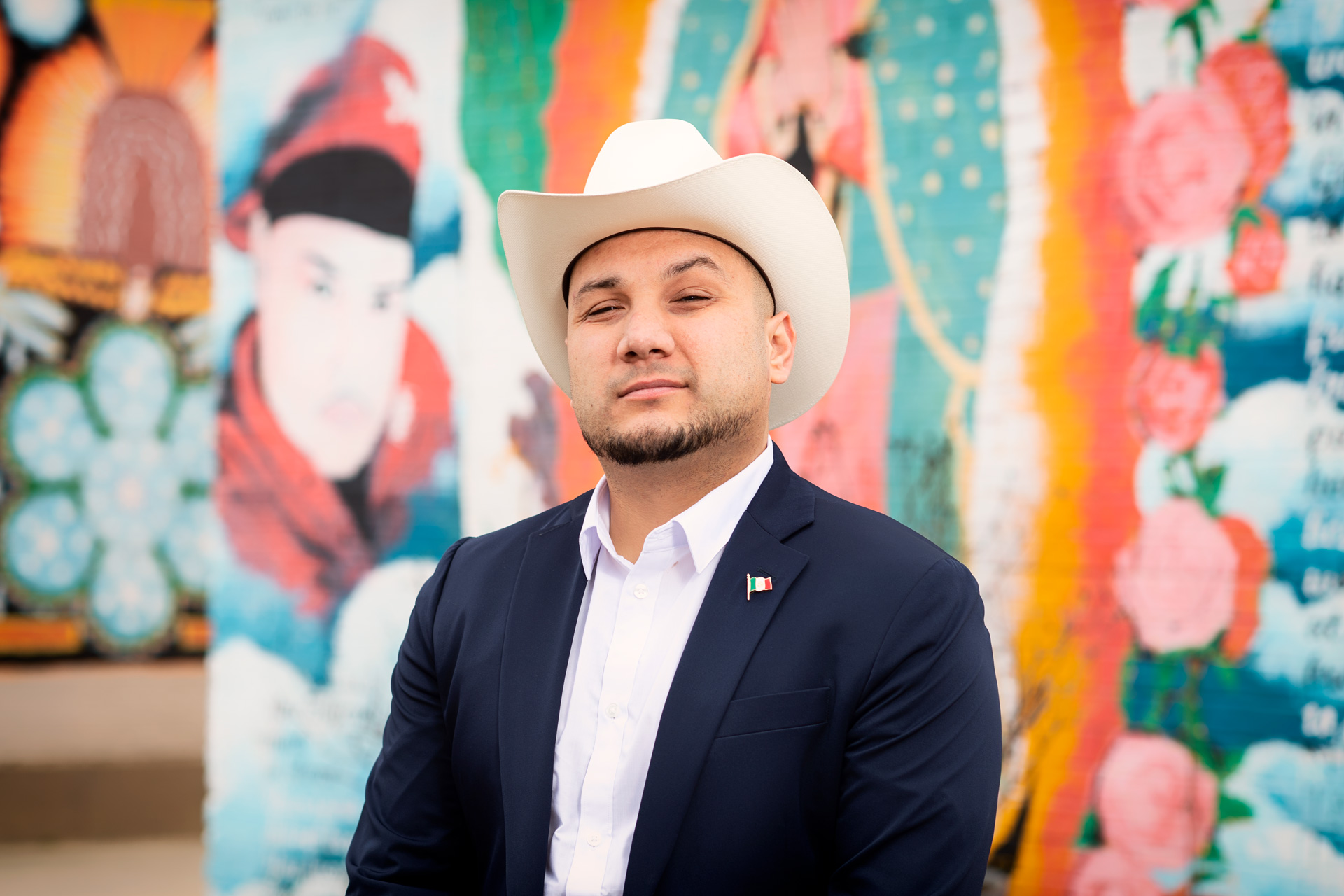 Juan Loya ('17, '19 M.P.A.) always believed school wasn't for him. As a high school student, he was so truant he flunked his sophomore year. His GPA barely hovered above a 1.0. He was in and out of juvenile detention facilities.

But then there was a moment -- the kind that, even if it doesn't exactly change the course of your life, sets you on a path to decisions that will. He'd turned to alcohol and drugs and petty crime as an escape from the reality of a turbulent home life, but as Loya studied his mom's worried face through the double-paned glass where he had once again been incarcerated, he knew: It was time to change.

"It was like a light bulb went off," he says.

He finished high school, then took a job as a production associate at McKinney-based Raytheon. In 2012, he gave school another chance, taking classes sporadically at Collin College, though he's the first to admit he didn't take them seriously enough. But after he was laid off in 2014, Loya decided to transfer to a four-year university, entering UNT as an integrative studies major, where he took classes in business, public administration, political science and public affairs.

During his time at Collin, he had become involved in the League of United Latin American Citizens (LULAC), and the picture began to coalesce: He was meant to learn more about public administration.

"LULAC really got me into advocacy, policy and legislation, especially when we took trips to Washington, D.C., for lobby days," says Loya, who is working on a second master's degree in higher education. "At UNT, I loved the public administration classes and knew that's what I wanted to get a master's in."

Since then, he's been elected to leadership positions in LULAC, such as district deputy director for young adults. He's the national director of community affairs for Lambda Theta Phi fraternity and a graduate assistant community director for UNT.

It's all a long way from where he began, and his goal, he says, is to help others as they embark on their own journeys.

"No one in my family went to college. There was no one to tell me I could apply for loans or fill out the FAFSA -- I didn't know any of that," says Loya, who credits his mentors, UNT history professor Roberto Calderon and Renato De Los Santos, director of LULAC's National Educational Services Center, with guiding his collegiate experience.

"Being first-generation can be tough, especially if you're dealing with issues like a broken home or drug abuse or domestic violence," he says. "That's why I want to be in a role where I'm out there talking to people who need information or help. I want to be representative of those who come from first-gen, low-income Latino backgrounds and make sure we have a seat at the table. I want to help change the narrative." Honors College senior excels in and out of the classroom at young age.