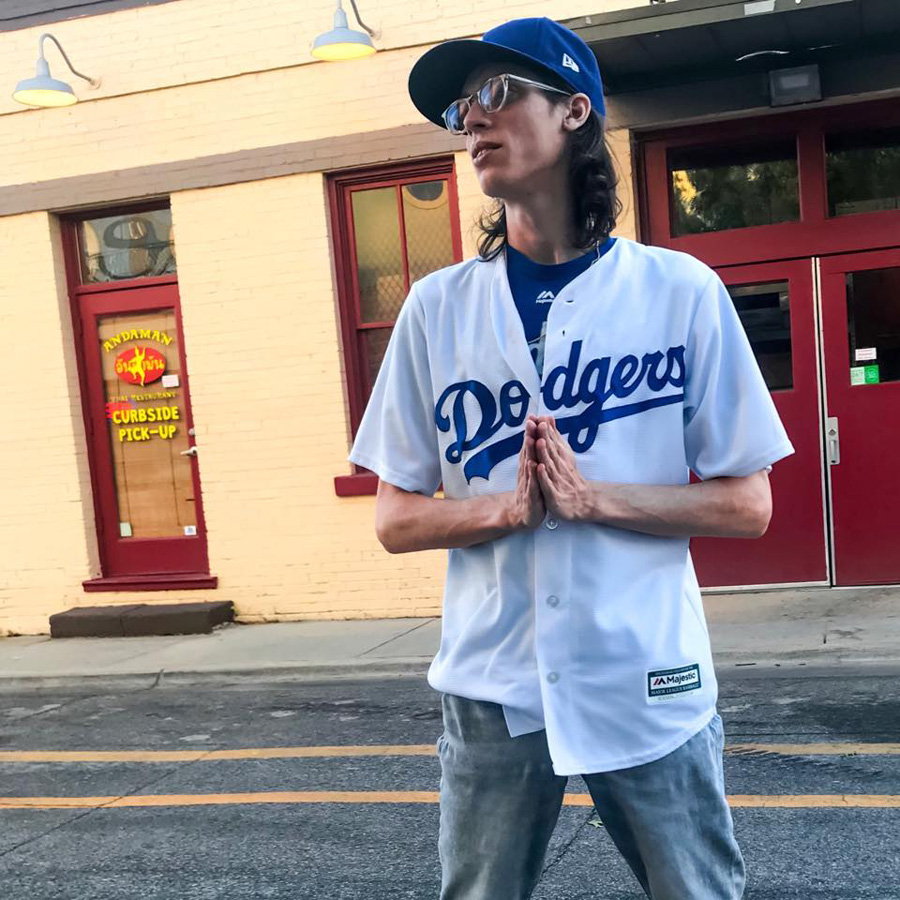 Jo Higginbotham ('16) found his calling when he and two friends began hosting WZGD Radio in Arlington, a show in which the trio talk current events and spin tracks from local artists.

Higginbotham, Dave Cave and Tiffany Rose connected over Facebook after a radio class at Tarrant County Community College, where he was pursuing a post-bachelor certification in audio engineering, and established WZGD Radio with Fish Bowl Radio Network this year in the midst of COVID-19. WZGD is an advertising, sponsorship and viewer support-based entertainment show that also plays music. Higginbotham hosts Hig Talk, which is a semi-serious conversation with opinions about current events, while Rose hosts a gossip talk show and Cave curates the music.

"We want WZGD to be the one-stop shop for pop culture," says Higginbotham, who graduated from UNT with an integrative studies degree with focuses in ethnomusicology, marketing and RTVF. "2020 has been noisy, and it's a lot to keep up with, so we condense stories for the audience and let them come to their own conclusions."

Broadcasters who inspire Higginbotham are The Breakfast Club -- which includes DJ Envy, Angela Yee and Charlamagne Tha God -- and David Letterman. In his work with the radio show, Higginbotham has had to learn about scripting, Federal Communications Commission regulations, notes and outlines, and how to navigate the live setting that is broadcasting. He describes it as "its own beast" -- no cutting or editing and planning for a two-hour time slot can be challenging at times. But they're skills he's working to master.

Like many endeavors, the show -- which currently has 12,000 monthly listeners -- has had to adapt because of the pandemic. Higginbotham and co-hosts have had to stream the show from home much of the time, only going in occasionally "for the energy," Higginbotham says. But he's looking to the future -- focusing on new material for 2021, figuring out how to distribute past episodes, developing streaming tactics and launching a website. Outside of WZGR, Higginbotham's long-term goals are to continue in music production, build his production business, and produce for established artists.

The show isn't Higginbotham's first foray into the world of professional music. He started playing music at age 13. In 2017, he released his solo EP, Second Thoughts, a pop-Americana album. What normally would be seen as the beginning of a chapter was, to Higginbotham, the end of an era.

He was later involved with the group Listen Lady, which performed DJ sets with live mixing and effects. The group played at Backyard on Bell in Denton, various festivals and house shows.

Higginbotham's passion turned into his aspiration and he pursued it with production in mind and found a balance between talking and music with WZGR.

Attracted to UNT because of the Denton music scene and the Denton Arts and Jazz Festival, he says his education has helped him to move forward with confidence in the new radio project. He learned about the history and culture of music through ethnomusicology, and marketing and communications studieshas enabled him to understand the business side of music.

"I feel like I got a degree of substance," says Higginbotham, who also was part of Phi Kappa Sigma.

For future musicians and radio hosts, Higginbotham advises not to rush into things.

"Take your time after you graduate," he says. "Don't stop grinding, don't lose focus and work to get better every day. Your time will come while you continue to work."