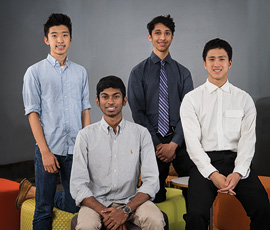 Four of UNT's Texas Academy of Mathematics and Science students were named regional finalists in the 2017 Siemens Competition in Math, Science and Technology.