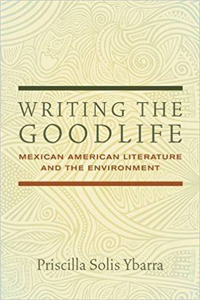 Environmentalists often lament the lack of diversity in their movement. Priscilla Ybarra ('97) notes that Mexican Americans have been active in environmentalism since the late 19th century, but it looks different from the mainstream.

So she created a name for their unique sets of values and practices -- the goodlife -- and wrote Writing the Goodlife: Mexican American Literature and the Environment (University of Arizona Press).

The associate professor of Latina/o literature says her parents taught her to conserve energy, be kind to fellow creatures, and stand in awe of the sun and wind, land and rain.

"Mexican Americans help to shape and protect the land in our daily practices and in our labor," she says.