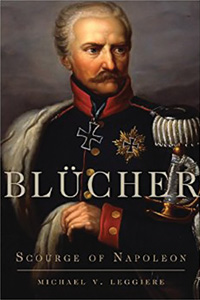 The subject of the book by Michael Leggiere, professor of history and deputy director of UNT's Military History Center, is a Prussian general who outwitted a legend.

"I was interested in knowing more about the man who did so much to defeat Napoleon," Leggiere says.

Blücher: Scourge of Napoleon (University of Oklahoma Press) focuses on the military career and personal life of Gebhard Leberecht von Blücher. The biography won the 2015 Distinguished Book Award from the Society for Military History, which is considered one of the most prestigious associations of military historians in the world.