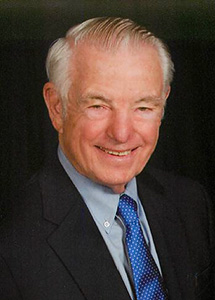 Former UNT System regent and alumnus Don Buchholz ('52) was honored with a Doctor of Humane Letters honorary degree at May commencement for his extensive contributions to UNT as a longtime supporter.

Buchholz served as a governor of the New York Stock Exchange and became a force in the securities and banking industry. As a staunch supporter of higher education, he served on the UNT System Board of Regents from 2007 to 2013 and helped lead the system during record growth.

Accounting alums created their own recipes for success.
Top