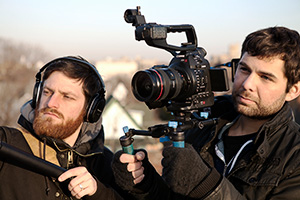 A new documentary by David Alvarado ('07) has received critical acclaim. Alvarado served as director and cinematographer for The Immortalists, which features two eccentric scientists who want to reverse the aging process and potentially never die from old age.

The film has played in more than 20 cities and in some of the top film festivals around the world. The movie, which is available on iTunes and will be on Netflix, earned good reviews from The New York Times and the Huffington Post.

"The professors and classes at UNT were exactly what I needed to move forward after graduating," Alvarado says.