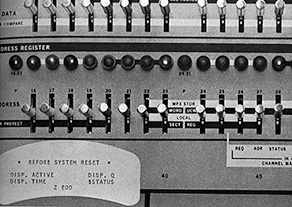 I was a student in the Master of Public Administration program in the early '70s, and Dr. John Thompson suggested that I look for a course I could take to learn something about computers, the coming thing in local governments.

To my great surprise, there was in the upcoming summer session a beginning computer course for grad students. I took it and learned an immeasurable amount, including how to keypunch IBM data cards, a skill that proved amazingly useful when I was a budget analyst with the city of Austin a few years later.

I still chuckle about some of the things from those relatively early days of "data processing," including being told to leave the computer center one night because it was closing, and the time that I could not run my program because the computer was tied up running the university's payroll! I did not begrudge anyone his or her salary, but I really wished that North Texas had a second computer somewhere in its pocket!

I enjoyed the piece on high technology (winter 2013). With the exception of some punched card equipment in the basement of the business school, there was no computer science department at North Texas when I attended.

My business and accounting degree, however, was the ticket into computer science training as a Marine officer and, after retirement, on to a great career in IT management at Northrop Grumman and the Computer Science Corp. Interesting about alum Larry Sullivan working at Microsoft. My son-in-law is an optical engineer there now.