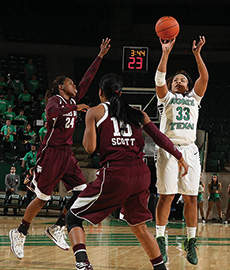 Mean Green women's basketball also looks to take major steps forward its first season in C-USA under the leadership of head coach Mike Petersen. Point guard Candice Adams, one of the top players in Texas, will be important to helping the team secure victories on the court this season. Returning top scorer and Sun Belt third-team selection Alexis Hyder, also is one to watch.

And in Mean Green football, the team became eligible for a bowl game for the first time since 2004.

Read more and get the latest bowl updates and ticket information online.