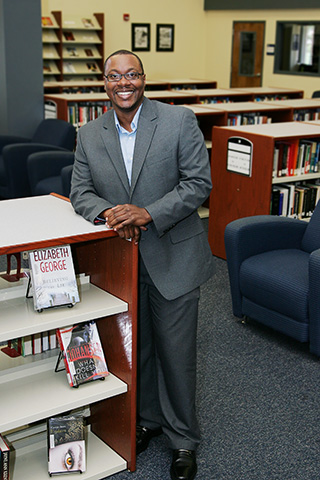 When Danny Hoey Jr. ('10 Ph.D.) turned in a short story for a creative writing class assignment, he thought it was an idea going nowhere.

But Barbara Rodman, associate professor of English, could see that Hoey had a landscape in the characters and setting that should be developed more fully. He took her advice.

"It gave me the confidence to explore it," Hoey says. "That's how the novel came about."

The Butterfly Lady, which tells a story of how residents in an African American neighborhood in Cleveland, Ohio, seek love in spite of barriers such as race, class, gender and sexuality, was published earlier this year by the independent Flaming Giblet Press — fulfilling a lifetime goal for Hoey. The project is just one of many examples of accomplishment by students in UNT's creative writing program.

And Hoey, now an assistant professor of English at Indian River State College in Fort Pierce, Fla., is one of many alumni who are thriving in the literary scene and now mentoring other writers.

But, more importantly, creative writing alumni are winning literary awards and seeing their work published. Many say their writing has grown because of the English department's strong faculty, and the cordial environment that allows students to critique each other's work respectfully.

"We want to draw students who are thrilled and challenged by the environment," says English professor Corey Marks, director of the program.

UNT has a rich literary history that helped to lay the foundation for notable novelists such as Larry McMurtry ('58) and Anne Rice, and Texas Poet Laureates Cleatus Rattan ('65, '69 M.Ed.), Alan Lee Birkelbach ('78) and Jan Seale ('69 M.A.).

The creative writing program has grown in the last two decades thanks to the hiring of senior-level faculty and writers, writing and poetry series and awards, and the students themselves.

During his tenure as director from 1995 to 2001, Bruce Bond, Regents Professor of English, helped launch the master's degree and the Ph.D. concentration in creative writing — UNT is one of only three Texas universities to offer such a doctoral program. He also helped develop UNT's Visiting Writers Series, which brings acclaimed novelists and poets to campus.

Marks, who took over the program in 2005, increased the variety and number of writers on the faculty.

These faculty serving as mentors are the main reason students are drawn to UNT.

"Because of them, the novel's actually finished," Hoey says. "They challenged me just to think differently as a writer, to deepen my characters and make them more complex."

Rodman says she asks students questions that therapists might ask — "What do you think the story is trying to do?" and "What does the character want?" — so they can better understand their characters' motivations. 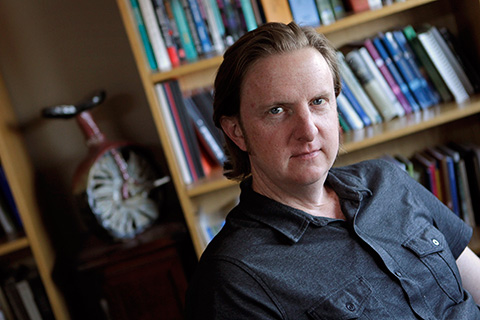 Chad Davidson ('97 M.A.), now a professor of English at the University of West Georgia, describes Bond as devoted, saying Bond would have lunch with him or call him on a Friday night to talk about changes to Davidson's poems.

Poet Ash Bowen ('12 Ph.D.) loved Bond's poetry and received valuable advice from him — such as getting each line exactly right, even if he had to rewrite it a hundred times, before he wrote the next line.

Both Bond and Marks expected their students to work hard and produce work.

"You don't sit around waiting for inspiration to strike," says Bowen, now an English instructor at the University of Alabama. "You have to write every day. The rigor of the program ultimately makes everyone a better writer."

Just as important as the faculty members' advice to students is the feedback from fellow classmates. Along with literature courses, students are required to take workshop classes in which they critique each other's work. 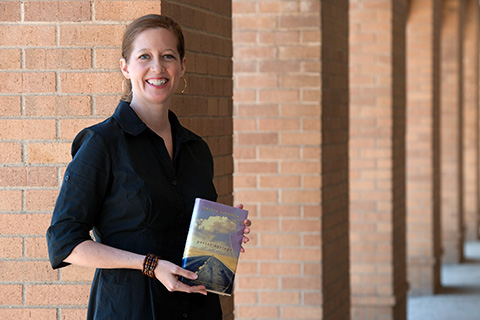 Britta Coleman ('08 M.A., '12 Ph.D.), lecturer in English, didn't tell any of her classmates she already had published a novel, Potter Springs (Center Street/Hachette), in 2005, because she wanted to be judged by her current work.

"There's a level of respect that is key," she says. "You're sharing your baby."

But there can be challenging moments. A classmate once asked Hoey why one character in a story was so angry.

"I had to say something," Hoey says about the exchange. "'No, you're not reading it right,' I answered. It was a very tense moment in the workshop.

"We were friends, but we also were critical of each other because we wanted to become better writers."

In order to earn their degree, students must complete a thesis or dissertation that consists of a novel or a series of poems or essays and a critical preface explaining their work in the larger literary context. For students who want to get published, the process can be just as rigorous as getting their degree.

But UNT prepares them well for success in both academia and publishing. Students read and edit submissions for the American Literary Review — a biannual literary magazine established at UNT in 1990 — which gives them a sense of where their writing fits in the literary world. They also can attend panels about the business of writing hosted by the program.

A few students have taken the initiative and created the Kracken Reading Series, which brings in poets for readings.

"Many students are hungry to do all of those things," Marks says. "That's the thrill of the job. You get to work with talented people who are always trying to challenge themselves."

And students who have completed the program are being rewarded for their hard work. Bowen's dissertation, a collection of poems about loss, beat out 300 other entries for the Orphic Book Prize and will be published by Dream Horse Press in August. He also co-manages the online poetry magazine Linebreak.

Davidson has written three poetry collections. The most recent, From the Firehills (Southern Illinois Press), was inspired by his travels to Italy, where he studied thanks to a $23,000 Rotary Ambassadorial Scholarship he earned at UNT.

But he says getting published is not the end goal.

"You've got to love just to write without praise or acknowledgement. It reaffirms what you're doing," he says.

"I discovered that writing the truth is ugly and painful but necessary for it to be good art," he says. "Once you commit yourself to telling the truth, you have to follow through."