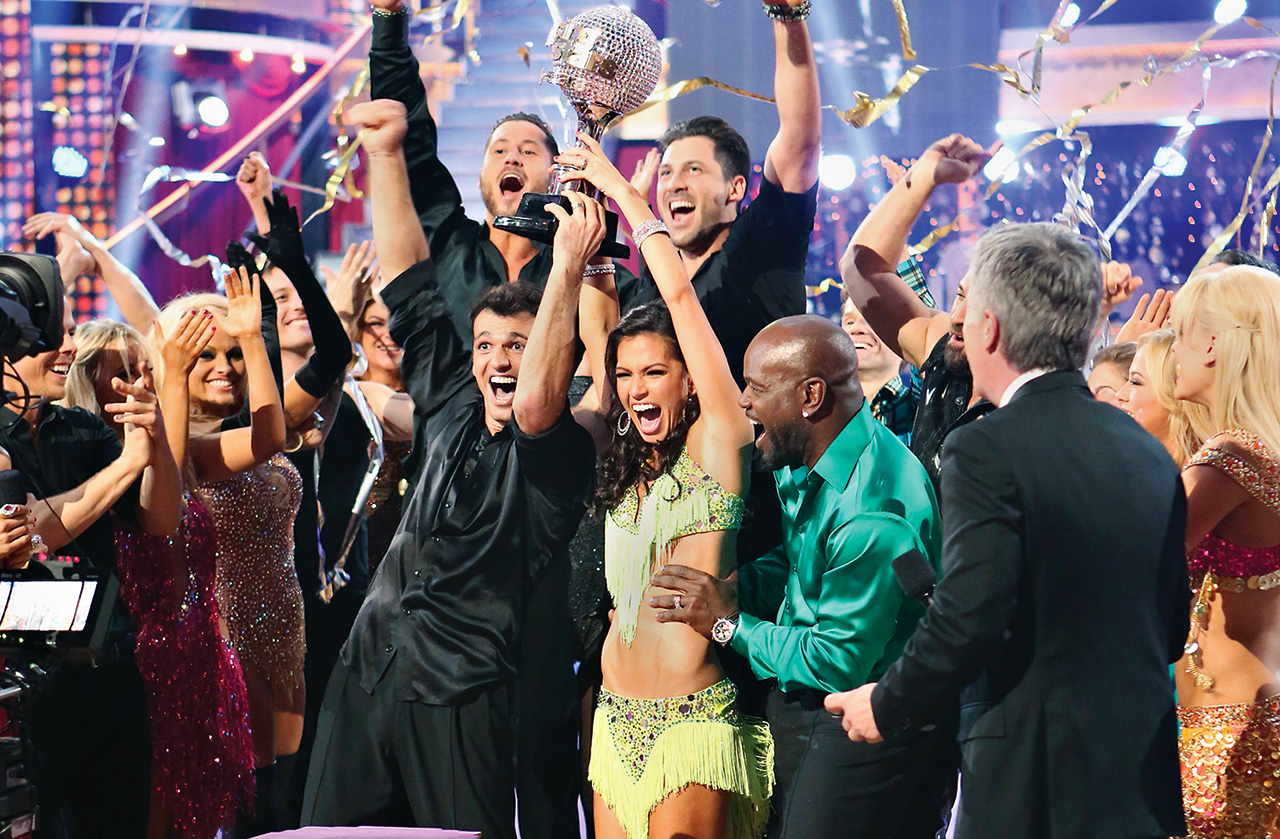 As the co-captain of the North Texas Dancers, Melissa Rycroft ('05), a marketing major, participated in many events for UNT. Now she's danced her way to winning the all-stars edition of ABC's Dancing With the Stars.

Rycroft, a former Dallas Cowboys cheerleader, appeared on The Bachelor in 2009 and placed third on Dancing With the Stars that same year. She returned for the all-stars edition this fall, competing against past winners such as Olympic gymnast Shawn Johnson and Dallas Cowboys great Emmitt Smith.

"It was incredible!" says Rycroft, who lives in the Dallas-Fort Worth area. "I really never expected to win. There were so many powerhouses, that I underestimated what (partner) Tony Dovolani and I were capable of doing. It was probably one of the most surreal moments of my life — it felt like everything was going in slow motion. Even thinking about it brings a smile to my face!"

Since her first reality show appearances in 2009, Rycroft has appeared as a correspondent on Good Morning America; been the focus of her own CMT reality show, Melissa & Tye, with her husband, Tye Strickland; and wrote a book, My Reality, which was released this year.

As part of the North Texas Dancers, Rycroft had many memorable experiences, including going to the New Orleans Bowl. Her time as co-captain taught her a lot about being a leader.

"I grew a lot as an individual while dancing in college," she says. "As the leaders, we were responsible for everything —  music, routines, choreography, costumes — and it gave me an outlet to channel my creativity. Honestly, I never thought I would continue dancing after North Texas Dancers, but I've also learned to 'never say never' in this world!"

Rycroft is among several UNT alumni who have made a splash on reality TV recently.

And Mark Cornelison (ʼ92) lost 101 pounds on NBC's The Biggest Loser — but he also gained a new perspective on life. He and his wife, Cathy Cornelison (ʼ91), founded SweatCor, a program that promotes health and fitness through his church in The Woodlands, where he serves as a youth pastor.

"I am not the same person I was before," he says. "It was more than just a physical transformation. It was largely spiritual and mental as well. I am completely refocused as to what really matters. It's become more than just making healthy choices and exercising. This change has become life for me …and I love it."