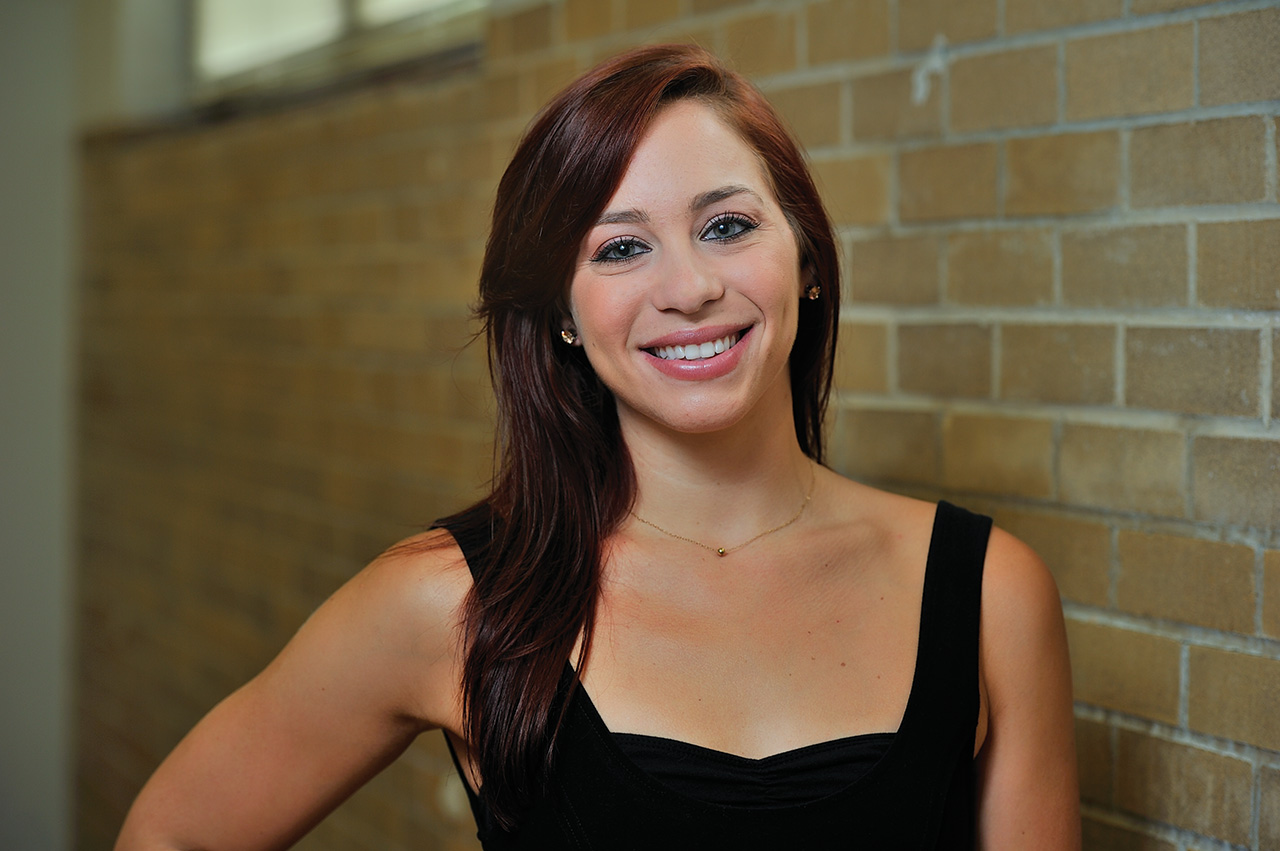 A friend told Amy Tuley that a flyer advertising an audition for the internationally renowned Diavolo Dance Theater was "screaming" her name.

But since it was her first-ever audition for a professional dance company, Tuley didn't let her hopes get too high.

"It is extremely unusual" to get a job on the first audition, says Tuley, who auditioned with friends. "We just went in thinking whatever happens, it's not the end of the world. We will need experience with auditions, so we might as well go for it."

One week before she graduated from UNT with a bachelor of fine arts degree in dance, she auditioned. She showed off her tumbling, gymnastics and dance talents — doing handstands, cartwheels and back rolls and even walking on her hands across the studio floor to demonstrate her strength.

She credits her dance faculty members at the UNT Department of Dance and Theatre with helping train her for the job. 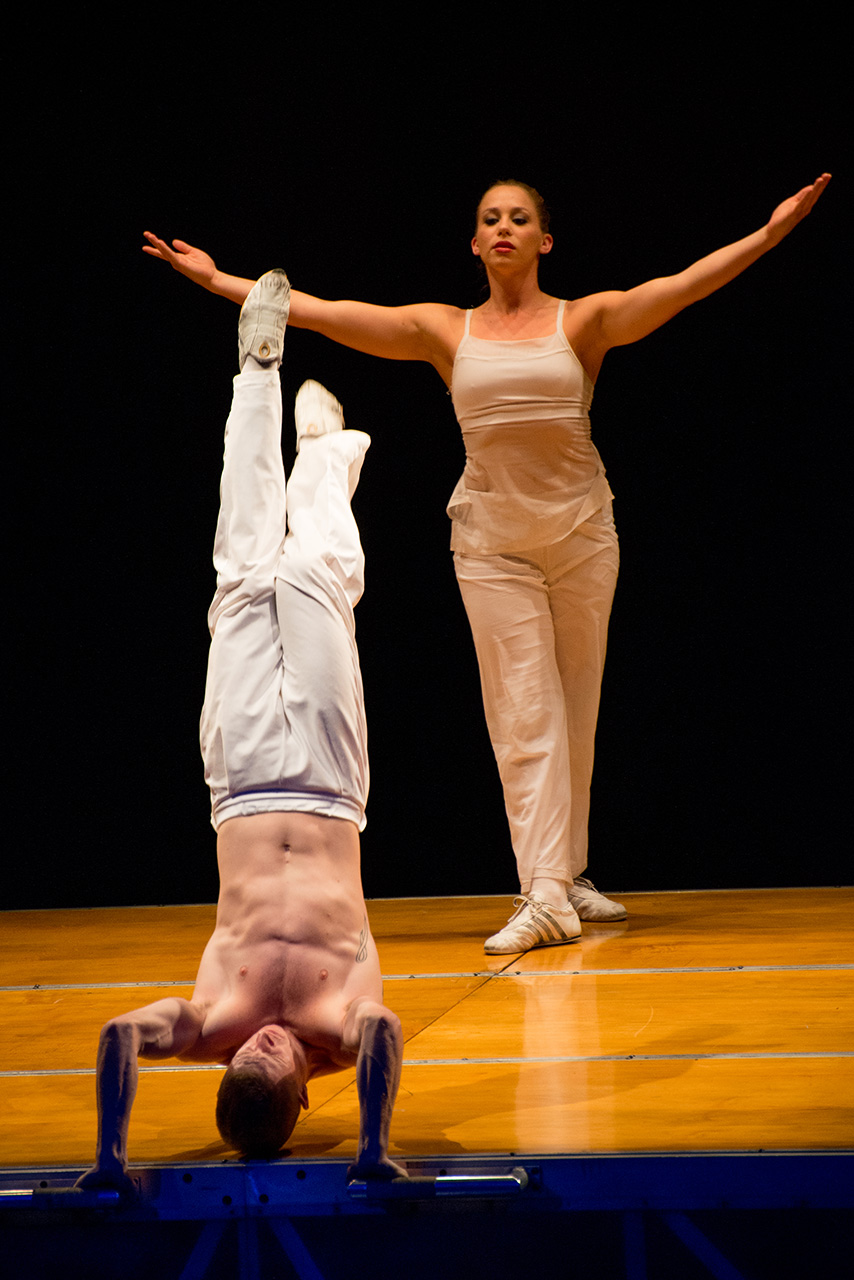 "You can tell they truly care about you and push you," she says of UNT faculty. "I don't know what I would be doing right now if I didn't decide to come to the dance department; I wouldn't be with this company now. They have definitely affected my life more than they know."

Robin Lakes, dance professor at UNT, says Tuley's diverse dancing skills and her love of improvisation make her a great match for Diavolo.

"Amy's fearlessness, her sense of physical daring, her musicality, and her emotional honesty onstage segue well with the aesthetics of this company," Lakes says.

"In my experience, it is quite rare for a graduating dance major to land a full-time contract with a professional dance company on his or her first try at a professional-level audition," Lakes says. "Not only are there fewer professional dance companies even offering full-time contracts right now due to the economy, but, unlike ballet, many high-level contemporary dance companies prefer to cast somewhat older dancers with more life experience to bring into their performance personas. It is a tribute to Amy's maturity and talent that she landed this job."

How it all began

Tuley's journey at UNT began in her senior year at Cleburne High School, when she attended UNT Fall Preview. She had taken nursing and anatomy courses during her senior year and had been considering a career in nursing — until she took a tour of the dance studios in UNT's Stovall Hall and met a couple of dance students.

"I heard two girls talking about how they loved it," says Tuley. "I felt this was something I wanted to try. I was really drawn to the department."

During summer orientation at UNT, she met with dance faculty member Teresa Cooper, who helped her schedule her first dance classes at the university.

Tuley began taking tap and ballet classes at age 3, but she focused mainly on tumbling, competitive cheerleading and jazz techniques from age 5 until her senior year of high school. The styles she learned in modern dance and ballet classes were fairly new to her, helping her to expand her skill set, she said.

"The opportunity to learn those styles of dance within a university setting really drew me and intrigued me," she says.

Hard work on the field and stage pays off 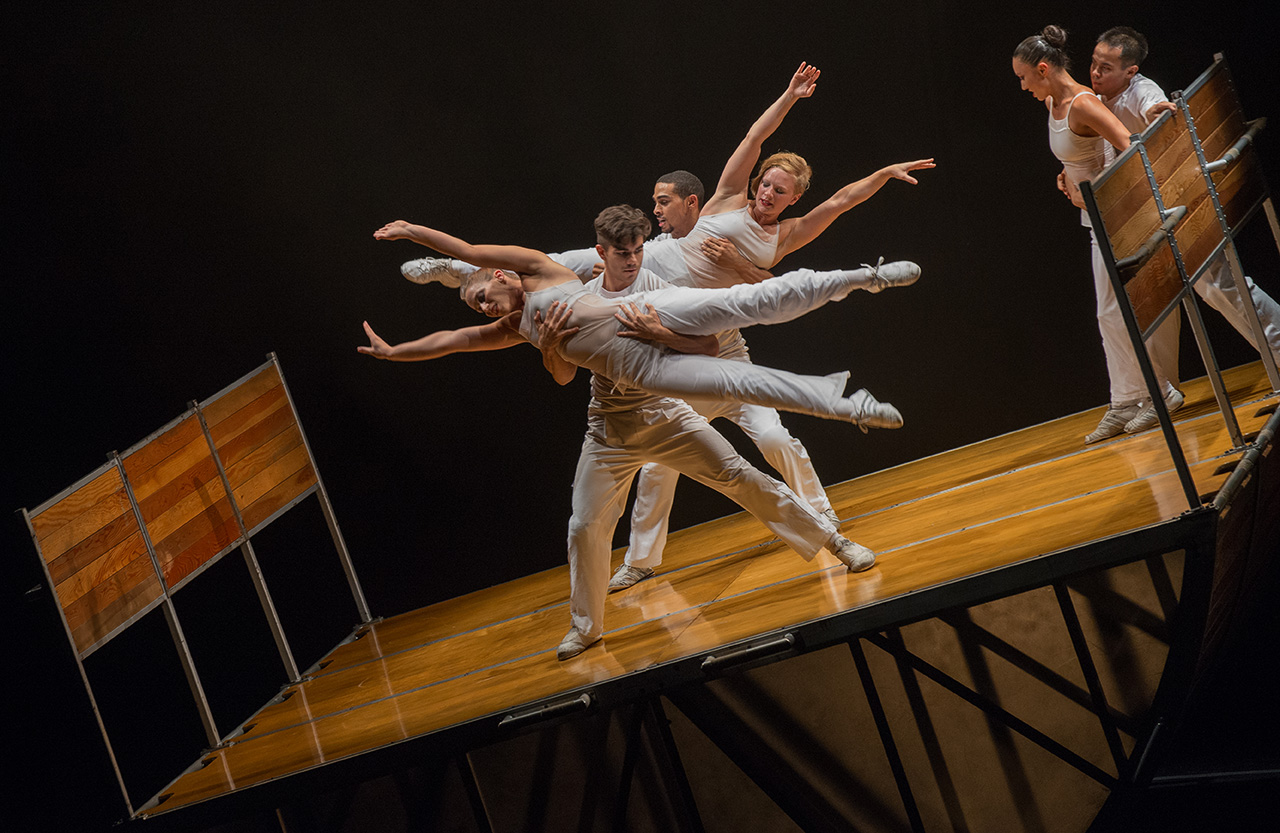 In addition, Tuley danced with the North Texas Dancers for three years — serving as co-captain the second year and captain the third year. In her last two years of her studies, eager to absorb as much as possible, she participated in as many Department of Dance and Theatre productions as she could, saying "I did everything they would allow me to do that wouldn't be overload."

Tuley remembers that in her senior year of high school, after she had decided on a dance career, she wrote a scholarship essay about her goals after college. Her dream, she wrote in the essay, was to land a position with a professional dance group and perform around the world. With the help and encouragement of her UNT faculty members, that dream came true, Tuley says.

"It is one of the most amazing things that has happened to me," she says. "I really can't even believe it. Some days it doesn't seem real."