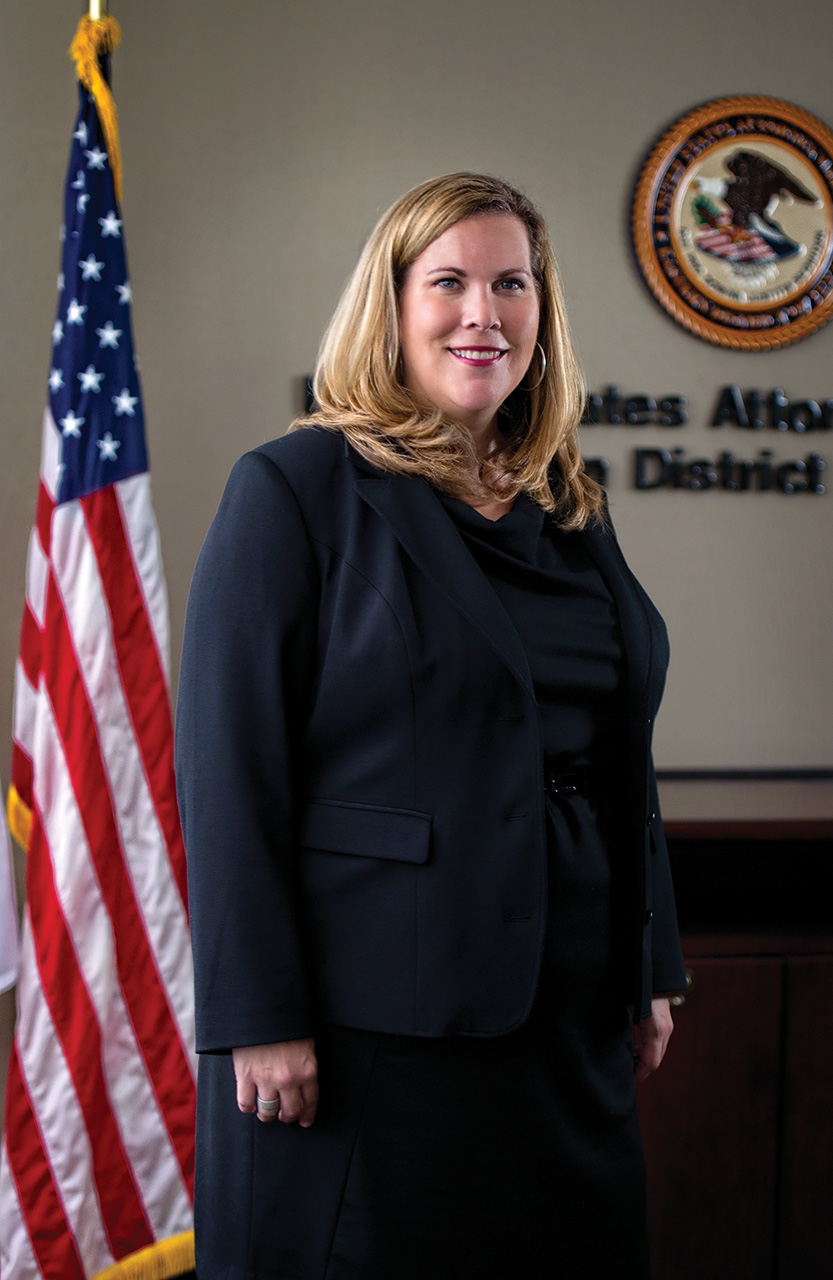 At age 13, Mandy Griffith ('98) wanted to be a lawyer — speaking on behalf of the victim in a courtroom.

She chased her dream to UNT, where she studied political science. And now, at age 36, Griffith works as an assistant U.S. attorney, prosecuting child sexual exploitation cases and coordinating the U.S. Department of Justice's Project Safe Childhood Program for the U.S. Attorney's Office-Eastern District of Texas. She says working as a federal prosecutor helping children is a dream job.

"Nothing makes you feel better than when kids have the relief and closure they need from confronting the people who harmed them," she says.

At UNT, in Kimi King's constitutional law class, Griffith learned the Socratic method, argued an appellate case in the moot court program and wrote case briefs — skills that later put her ahead of some of her law school colleagues, she says. She gained practical experience as an intern in the Denton County District Attorney's office, rotating among the felony courts and drafting parole protest letters.

"I would not be here today if it were not for that foundation at UNT," she says.

Read a Q&A with Mandy Griffith

Read a behind the scenes interview with Mandy Griffith

Griffith's work can be harrowing. She prosecutes cases including child pornography, Internet crimes against children and human trafficking. She sees "some of the worst things you can imagine," she says which is why she proactively reaches out to the community as the Project Safe Childhood coordinator, speaking to parents, teachers and students about staying safe from exploitation on the Internet.

"Giving children a piece of technology that can impact them for the rest of their lives is a big deal," she says. "If we can educate our kids and parents, we can prevent some of our kids from getting victimized."

King, who taught Griffith at UNT, has followed her career.

"She is the perfect example of why UNT students are extraordinary — hard-driving work ethic, commitment to excellence and a passion for making the world a better place because you were here," King says. "Her sense of justice and the desire to do the right thing are the mark of what we expect when we say we are committed to being recognized as one of the nation's top universities."

When she's not in the courtroom or classroom, Griffith can be found volunteering at a no-kill animal shelter in Dallas or watching professional bull riding at the rodeo. Until recently, she had a bucking bull named Prosecutor, who fathered sons Verdict and Justice.

But her favorite place is at work. "I am passionate helping children and getting them justice," Griffith says. "I can see myself doing this for another 20 to 25 years without blinking."