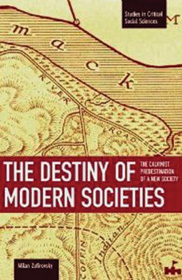 The impact of Calvinism is examined in The Destiny of Modern Societies: The Calvinist Predestination of a New Society (Haymarket Books) by Milan Zafirovski, professor of sociology.

Part of the Studies in Critical Social Sciences series, the work goes beyond previous analyses to explore how Calvinism has determined most contemporary social institutions in America.

Zafirovski, whose research interests include economic sociology, comparative political sociology/economy, social stratification and sociological theory, also is the author of Liberal Modernity and Its Adversaries and The Enlightenment and its Effects on Modern Society.

His next book, Conservatism’s Secret Long Journey: From Medievalism to Fascism (Nova Science Publishers), is due out this summer.