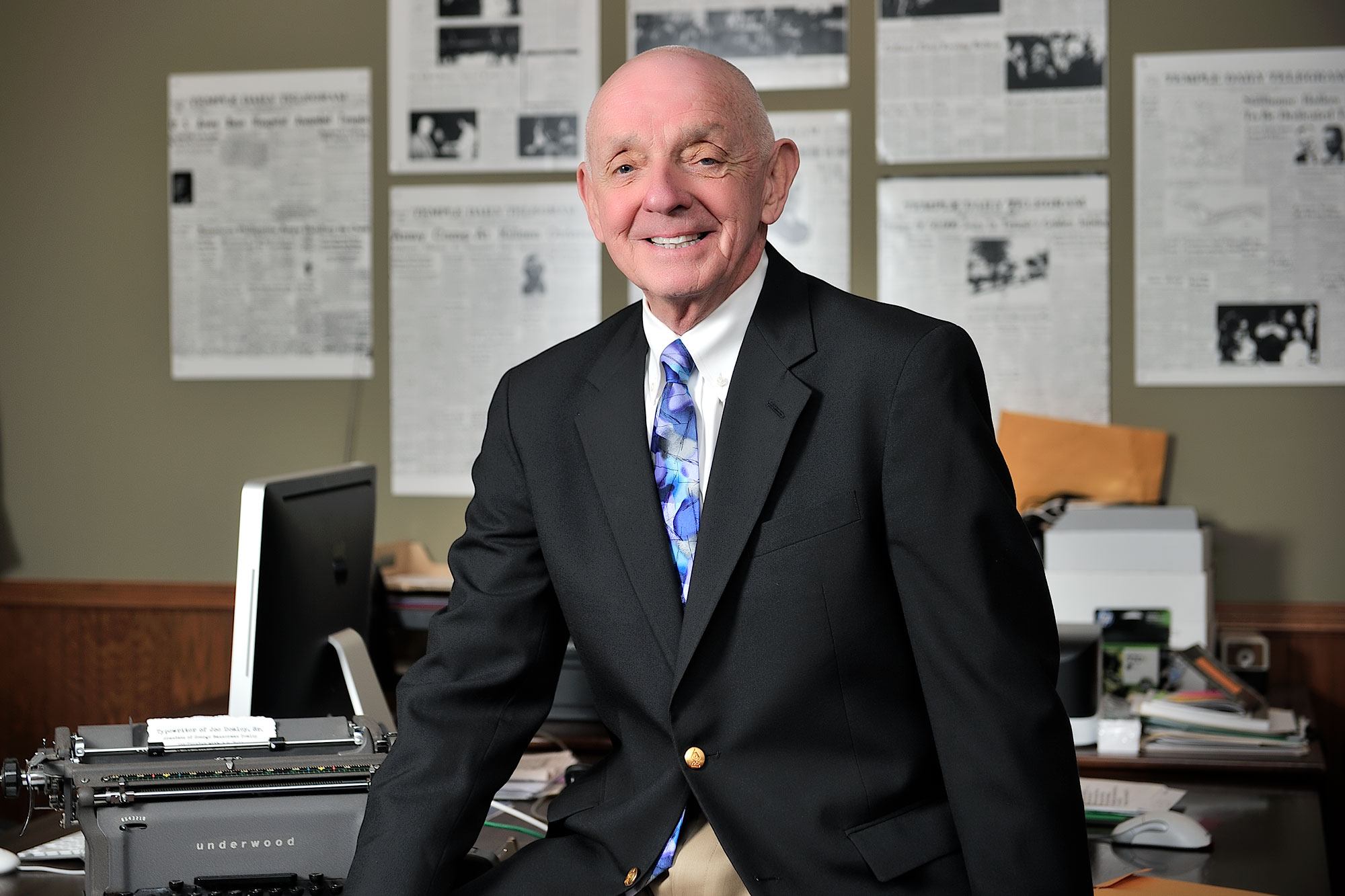 In the 1950s as a high school student in Lancaster, I "heard" from college students in my hometown that North Texas had a good journalism program.

Once a small department founded in 1945 by one of my mentors —  C.E. "Pop" Shuford — today, the "little engine that could," the nationally accredited Frank W. and Sue Mayborn School of Journalism has 1,000-plus undergraduates.

The Mayborn Graduate Institute has more than 75 master's students and an interdisciplinary Ph.D. program. The institute is home to the preeminent annual narrative nonfiction conference in the country.

People often ask me why I never left North Texas. After all, I had worked in a large corporation, my last two degrees (M.B.A. and Ph.D.) are in business administration, and I never intended to be at a university.

Let's start by blaming "Pop" Shuford, whose large presence and dominance in the classroom, and in the hallways of the old Journalism Building, captivated every student he touched.

He demanded excellence and proved it in every setting with a constant sea of red ink on what we all thought was good enough at the time. My three no-hitters in one year while in high school and as a semi-pro pitcher meant nothing to Pop.

Read a Q&A with Roy Busby

Every classmate I had and others who follow me in the journalism program excelled in school and later in life. People like Bill Moyers, Ray Moseley, Joe Murray, Keith Shelton, Reg Westmoreland, Charldean Newell, Wendi Strong, Mike Cochran, Cragg Hines, Bob St. John and hundreds of others.

One of those, Burle Pettit, longtime journalist in Lubbock, later became vice-chair of the UNT System Board of Regents. At his regent retirement party, Pettit said he had thought about becoming a tenured professor in journalism upon retirement but feared if he did I would become a regent.

Few people in life experience the variety of positions I've had, enjoying what they do and who they've worked with for as long as I have. That's how Shuford, Jim Rogers (who wrote The Story of North Texas), and the 12 university presidents with whom I worked spoiled me. Rogers often matched Shuford's red ink critiques of my work, yet hired me first as a student assistant, then for my first administrative job here.

Someone asked me recently how many serious chances I had to leave during all these years. Six in all, three administrative and three academic.

Maybe it was all those 50 clients I had during three decades of consulting while teaching that made me better in the classroom.

Maybe it was the chance to give the only C in journalism to a future three-time Pulitzer Prize winner who later wrote a letter of support for an honor I received and said of his C, "I earned it."

Or maybe it was the incredible hunger for learning I saw in the hundreds of students who filled my classes and went on to do great things.

Or maybe it was just me — after that former minor leaguer tagged me for a long home run in a summer league — choosing college over a professional baseball career.

Or maybe it was just what I heard from people about the good things in journalism happening at UNT.