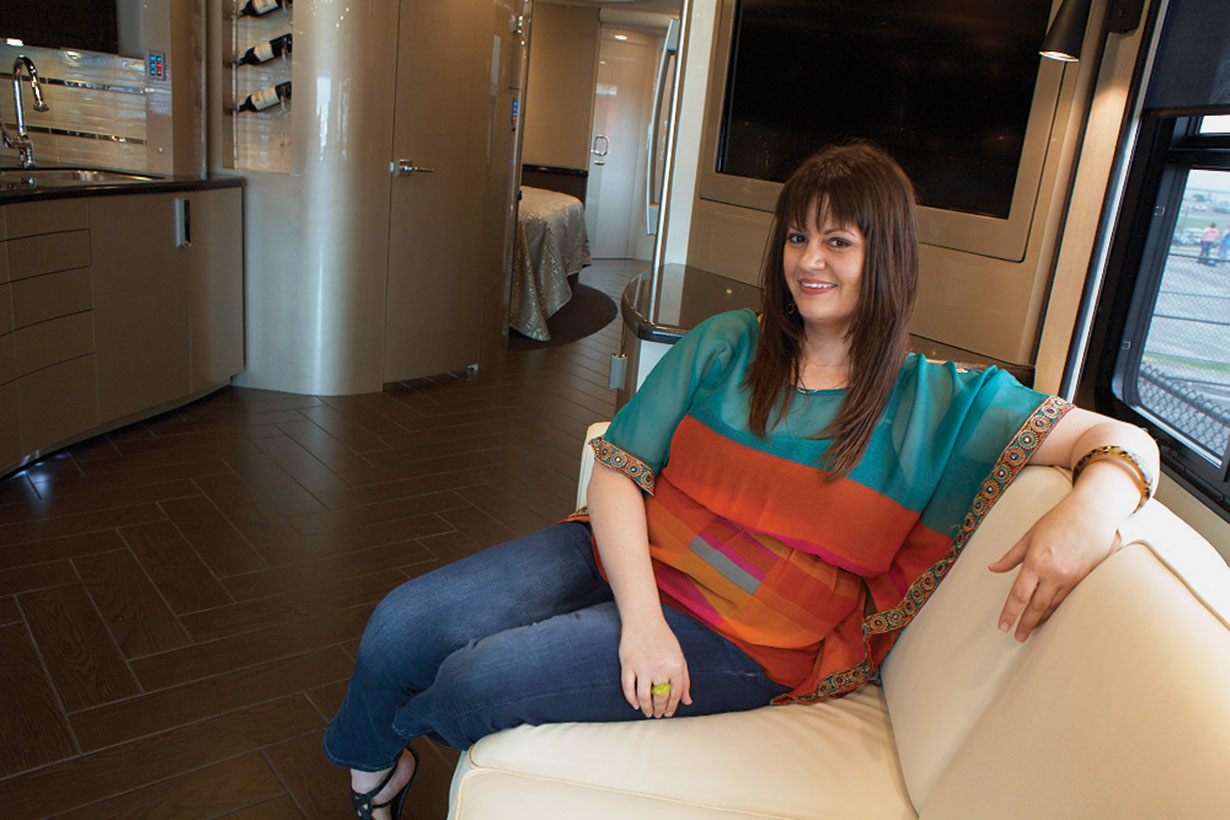 It's not where you are going, it's how you get there.

It keeps her busy designing the interiors of private aircraft and buses for clients ranging from royalty to NASCAR.

Mandrell says her mother, Lahna Wood Wheeler, who attended the university in 1965-66, recommended UNT as the right university for her and her interest in interior design.

"When I was growing up, my grandmother and mom were constantly painting rooms, putting up wallpaper or space planning," she says.

Mandrell remembers UNT offered many creative influences, beginning with a roommate who introduced her to one of her now-favorite foods, bun, a Vietnamese dish.

"There were new friends, music, art, a variety of cultures, things I had never experienced before. I took in everything," Mandrell says.

After earning her interior design degree, she landed a job in Dallas with a fabric company, which opened the door to designing the interiors of customized buses for manufacturer Country Coach. And through an invitation from a vendor, Mandrell experienced her first NASCAR race.

"I became fascinated with the sport and its culture," she says.

In 2005, Mandrell expanded to airplanes as a designer for Gulfstream Aerospace. She traveled to exotic places with clients that included the royal family of Abu Dhabi. When the luxury travel business put the brakes on in 2008, she didn't slow down. She opened Viaggio Lux, designing for NASCAR clients through Amadas/Featherlite Coaches in Suffolk, Va. and Piaggio Aero in Denton retained her to design private planes.

"I've always wanted to design and knew I could do it," Mandrell says. "I'm completely passionate about interior design."