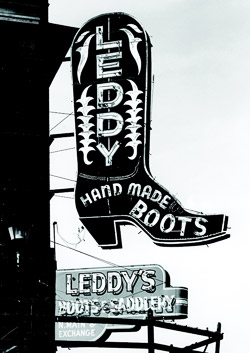 Phil Vinson (’63) has been taking photographs since he was a teenager and still enjoys weekend drives with his camera in tow. Fort Worth: A Personal View (TCU Press) showcases 40 years of his work in more than 100 photos, capturing architectural details of the city he calls home and small towns to the north and west.

Vinson served as news editor of the Campus Chat at North Texas while earning his degree in journalism — “slash” sessions, critiques of the work by the newspaper’s staff and faculty, still figure in his memories. He went on to work for several Texas newspapers, opened his own photography business and taught photojournalism at the University of Texas at Arlington before retiring in 2005.

Vinson says he’s learned over the years that there’s no such thing as a photographer getting too close to a subject — a philosophy reflected in the four decades of his photos featured in the book.

How can you take your best vacation photos?
Top