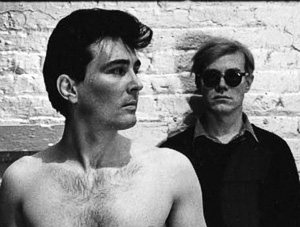 A 1960s counterculture figure who lived with Andy Warhol is the subject of Philip's Shadow, a documentary-in-progress by Philip R. Fagan ('02).

Fagan, who studied film, literature and theatre at UNT, was awarded a 2008 Texas Filmmakers Production Fund grant to work on the documentary, which explores the life of his late uncle, Philip Norman Fagan. He says his uncle, in addition to collaborating with Warhol and other notable artists, was an international motorcycle speed champion and a world-class adventurer.

Fagan also is writing a book on the subject and is teaching film studies at Austin Community College. He has completed two other feature-length films as well as several shorts and performance pieces. At UNT, he received a screenwriting award for his feature-length script Little Moses' World Famous Travelling Funfare & Playhouse.