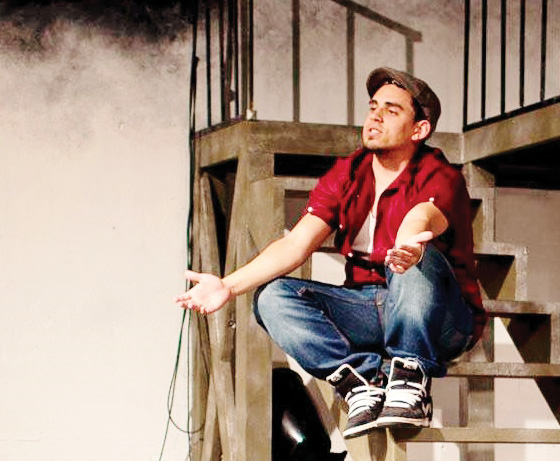 Senior theatre major Matt Ransdell waited five years to play Usnavi, the Dominican-American rapper and "good kid" in the award-winning musical In the Heights. After auditioning for Heights for its Broadway run and not getting the part, he remained drawn to the story.

He followed the progress of the musical, which won four Tony Awards and was nominated for the 2009 Pulitzer Prize for Drama. And his determination finally landed him the role this spring in the production presented by the Artes de la Rosa Cultural Center in Fort Worth.

Ransdell says the musical — which depicts life in the Washington Heights neighborhood of New York City — is a positive depiction of Latinos trying to make a better life for themselves, their loved ones and community.

"Usnavi's spirit is infectious and you, or I, just can't help but root for him," he says. "Playing him changed my life."