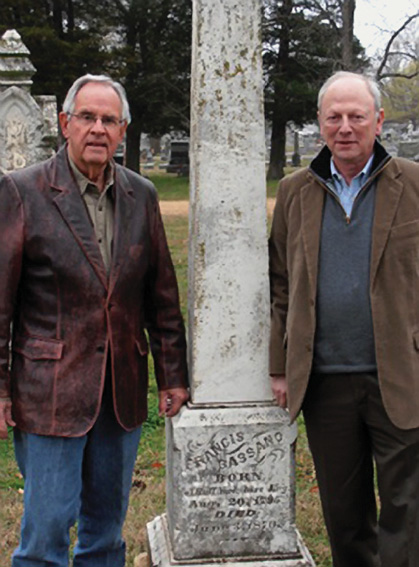 Andrew B. Harris, professor of theatre history, play analysis and playwriting, found some other revelations when his play The Lady Revealed — about the "Dark Lady" behind Shakespeare's sonnets — was presented in the Department of Dance and Theatre this April.

The play focuses on British scholar A.L. Rowse's claim that Emilia Bassano was Shakespeare's muse. Harris, right, discovered Bassano's relatives while researching the play in England through a Research and Creativity Enhancement award from UNT's Office of Research and Economic Development. Those relatives led him to Bassano relatives in Paris, Texas, including Pat Bassano, left, and others in Dallas who saw the play. Harris has conducted talks to mount a professional workshop next March with Jac Alder of Theater 3, one of Dallas' most prominent theatres. Harris says he hopes the play will be produced by other theatres in both the U.S. and in England.

"There is the potential to have a much wider audience."

Learn more about the play, The Lady Revealed.