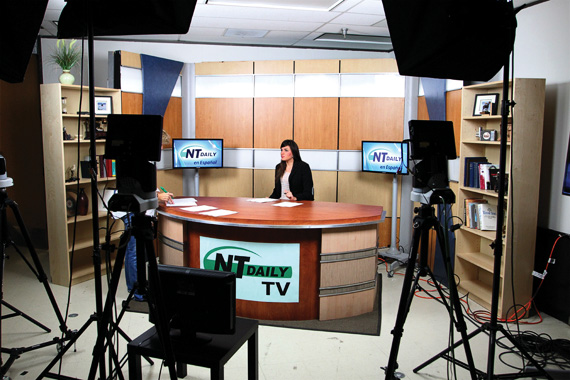 Spanish-speaking broadcast journalism students have created their own TV newscast — NTDaily en Español. The five-minute program is aimed at Spanish speakers at UNT and in the city of Denton and airs as the final segment of the NTDaily newscast on Denton Community TV.

Students Fabianna Blanco, Cinthia Campillo, Daisy Silos, Stephanie Rivas and Oscar Casanova wanted to create the broadcast so they could prepare to pursue careers on Spanish-language TV stations. The crew runs all of the elements of the newscast — and they do it without course credit or getting paid, notes Nann Goplerud, principal lecturer at the Mayborn School of Journalism.

"We have received amazing responses," Blanco says. "I have people who have added me on Facebook and Twitter congratulating me for the newscast, and one of them even said she was going to help me find a job."

Watch the Spanish-language segments on Vimeo.