Marina Girgis (’18) has always loved to travel solo. Through her new online platform, she’s providing tips to other women who want to do the same -- and build a stronger brand along the way.

Written by:
Erin Cristales
A

s a fashion design undergraduate at UNT, Marina Girgis (’18) was known for her versatility. Her senior collection centered around change and adaptability -- the unisex line featured 3D-printed buckles that adjusted to allow the garments to conform to any size and shape. 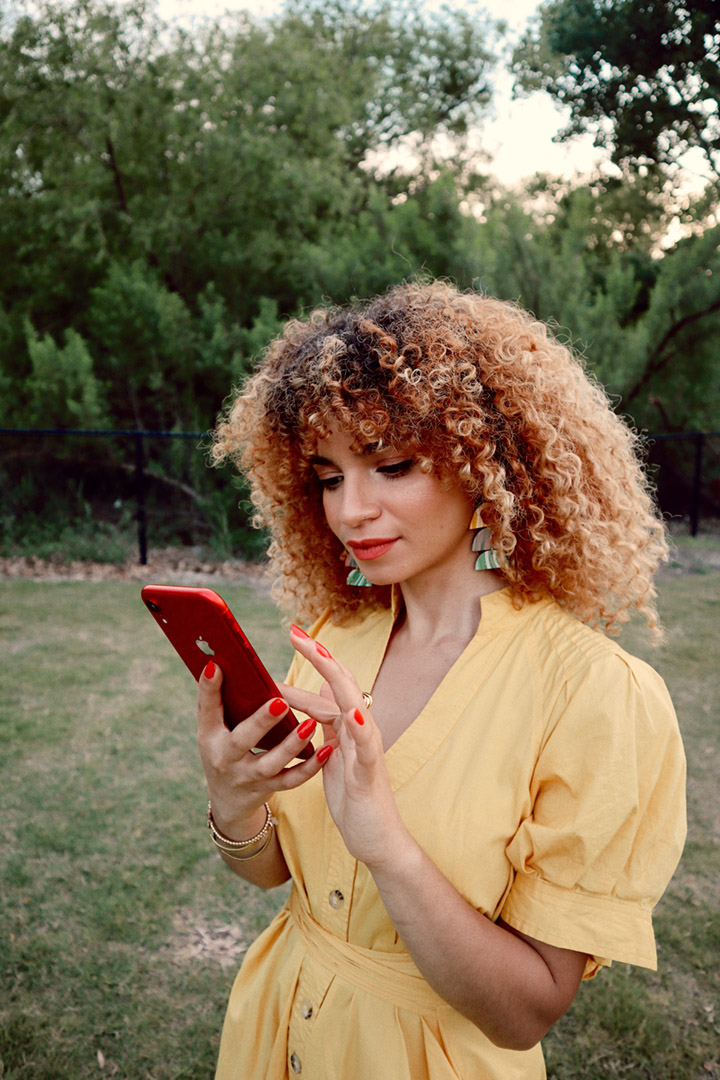 “You might be noticing a trend,” she laughs. The New York City-based Girgis loves to chat about her penchant for change -- from clothing to careers to countrysides -- a characteristic that first formed when she and her family moved from Egypt to Kuwait and then back again while she was growing up. In Kuwait, she attended a British school, and then enrolled in The American University in Cairo upon her return to Egypt.

“You know, I never felt like I was just Egyptian,” says Girgis, who in her early 20s moved with her family to Texas during the Egyptian Revolution. “I was absorbing all of these other cultures around me, and I think that really shaped who I am now.”

And who is she exactly? A consummate traveler, for one. Following her graduation from UNT -- which she says was “the friendliest and most helpful university when it came to working with my international status” -- Girgis bought a one-way ticket to Central America and spent three months trekking through its breathtaking vistas, even volunteering at a Panamanian hostel to extend her stay. Before that trip, she solo backpacked through Asia, then later through South America.

Girgis also is an Instagram influencer, a makeup artist, a content creator, a self-described warrior in the face of adversity, a dreamer, an artist. And now, with the launch of her website Livin’ Vivaciously, she’s added entrepreneurial brand strategist to the list.

The site, which has become her full-time focus during the pandemic, is a platform for women of color to learn about making money on social media through branding and design strategy. Through Livin’ Vivaciously, Girgis also offers tips for women who wish to travel solo.

“Vivacious is a word that is typically used to describe women who are full of life, and I love that,” Girgis says. “The site is all about living with fearlessness and intention and joy, so much so that it becomes contagious. I want to help women carry out that vivaciousness in their professional and personal lives -- the online and the offline.”

Vivacious is a word that is typically used to describe women who are full of life, and I love that.
Marina Girgis ('18)

That spirit is evident in Girgis’ own Instagram account, which led businesses to reach out to her to pitch products. She teaches her clients how to better build their own brands on social media, advising them to tap into their personal stories via one-on-one coaching. She also creates branding kits and social media templates for women-owned small businesses and is developing a webinar and a retreat for content creators in 2021.

“Our own personal history plays a big role in the message we communicate to people about our brand,” Girgis says. “The site originally started as a travel blog but then I got such great feedback from people -- they would say that I inspired them to plan their trip or that they related to my personal story. So I pivoted a bit to become a resource for women who want to work online and monetize their businesses -- and who want more freedom.”

Girgis says she, too, is looking forward to the freedom to travel again -- and to see how women have become even more vivacious following the pandemic.

“We’ve had a lot of time to reflect, and I think that’s important because a lot of people are not comfortable being alone,” she says. “I think there will be more women traveling solo after this, because they’ve had a little bit more practice. They’ll be ready to embrace the fearless lifestyle.”