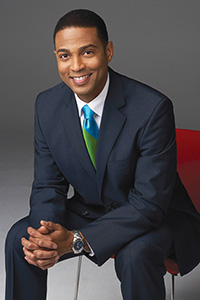 Veteran CNN anchor Don Lemon, who in 2011 released a memoir to discuss his homosexuality, as well as racism, homophobia and colorism in the African American community, gave one of three keynote addresses at "A Journey to Freedom," UNT's 13th Equity and Diversity Conference in February.

The conference — aimed at students, educators and professionals in higher education and in the workforce — included sessions on addressing unconscious biases and stereotypes and identifying barriers against more inclusive environments for those with disabilities.

The conference's theme was chosen to commemorate the 150th anniversary of the signing of the Emancipation Proclamation.