Alumna's film on immigration is a winning documentary 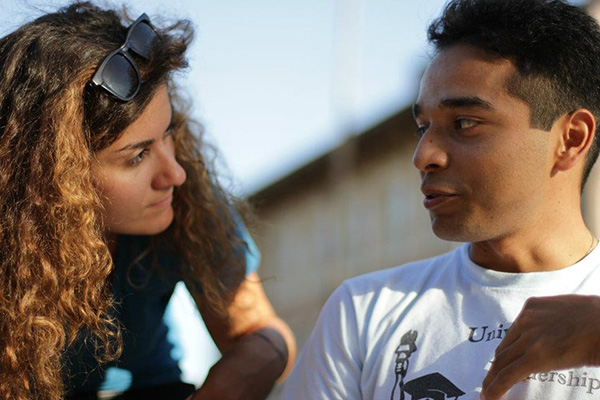 Sara Masetti's ('13 M.F.A.) film, Undocumented Dreams — made for her master's degree in documentary film production and studies — has earned the Rising Star Award at the Canada International Film Fest in Vancouver and an Award of Merit at the Best Shorts Competition online.

The film also was shown at several film festivals across the country, including the New Filmmakers Series in New York City and the United Nations Association Film Festival.

The documentary focuses on a Texas student affected by the DREAM Act, a federal bill that would provide conditional permanent U.S. residency to students who arrived in the U.S. as minors.

Masetti, who is from Italy, says she could identify with other immigrants.

"One of the challenges was trying to craft an argument that could be appealing to both sides of the debate," she says. "I was trying to show the human story."

Watch a trailer of the film.