Darren Bowden uses the organizational behavior management skills he learned at UNT for his corporate job and his musical passions.

When Darren Bowden ('99) was a student at UNT in his late 20s, he was working 40 hours a week at The Limited at NorthPark Mall and playing gigs five times a week with his band.

Two decades later, he's based in New York City, using his studies in organizational behavior management as senior vice president of retail operations for Tommy Hilfiger and Calvin Klein, North America and he's still performing music – he released his second album, Rust, this year. Both his job and his hobby have many elements in common because they're both about being creative and solving problems.

"My area of concentration in my applied arts and sciences degree at UNT gave me the tools I use in every facet of my life," Bowden says. "It's about understanding what motivates us. And any time you're dealing with people working toward a common goal, you can find ways to galvanize everyone -- including yourself. In music, working with another artist or sound engineer, it's the same thing -- we are working toward a vision I have in my head. So, making sure they see it clearly and are energized about it pays off in big ways. Having a solid foundation in music theory gets me out of a lot of 'jams' -- no pun intended -- when I'm writing. You always run up against tricky transitions such as key changes, tempo changes, modulations that need to feel 'smooth' to the listener. It's always a fun problem to solve."

His path to music began by flipping through a Sears catalog when he was 12.

"I wanted the rock guitar and drum set," says Bowden, who grew up in Dallas. "After getting the instruments, I assigned jobs for my friends -- bass, drums, etc. We had no idea what we were doing." 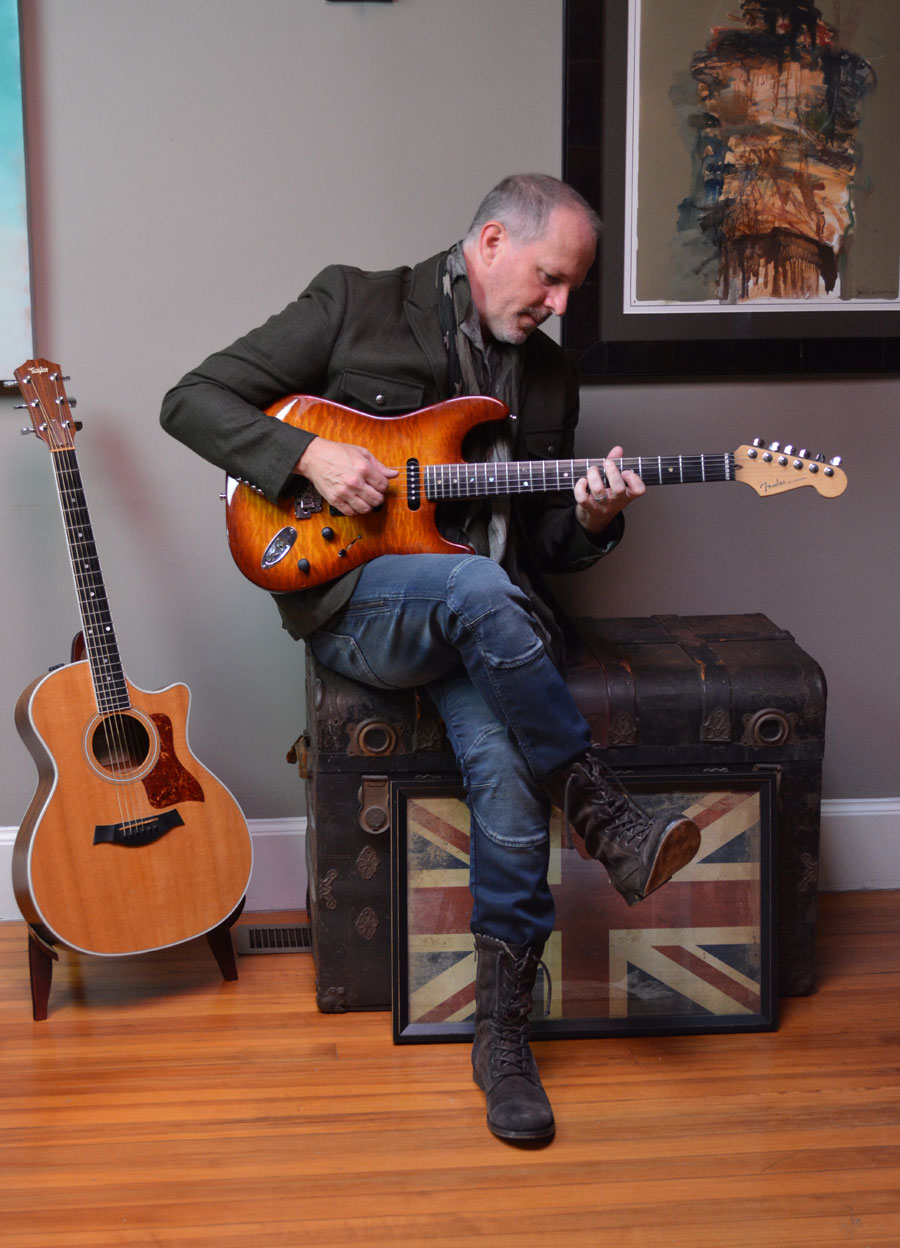 Bowden taught himself several instruments -- guitar, keyboards and drums -- and kept at it when he got older, taking music lessons and eventually teaching music lessons. He played with bands such as Prodigy, a mix of rock and acoustic guitar, in the late 1980s and Square One, a grunge-era band, in the 1990s, traveling around Texas and the southeast U.S.

But music was his side hustle. His career in retail has spanned from working in the stockroom to the boardroom. His high school teacher referred him to the job at The Limited, where he started offloading goods, then advanced to store management.

While at UNT, his organizational behavior management classes taught him about processes and change management that he would use throughout his career.

"Being able to understand human behavior is something I apply every day in my life," he says.

After Bowden graduated, he worked around the country for Express, Ralph Lauren, Chico's/Black House White Market, Lane Bryant, The Children's Place and finally Tommy Hilfiger and Calvin Klein, where he is now based at its New York City headquarters.

But, he says, "There was no real room for music."

The lockdown for the COVID-19 pandemic gave him time to focus on his musical pursuits.

"The experience helped me change my work-life balance," he says. "It allowed me the time to do something I always wanted to do."

But it could be frustrating at times, especially since he was a one-man band recording Rust.

"It's a love/hate thing," he says. "There are times when you want to throw your recording equipment out the window because you have to be a recording engineer while you're trying to stay in a creative headspace. There are times when I'm sure my neighbors hear me when I scream, 'YEAH!!!!' when something sounds EXACTLY the way I wanted."

Rust's songs focus on expressing thoughts and feelings to loved ones while they're still around. The most popular song is "Pirouette," a ballad which he wrote for his wife that has gotten half of Rust's 425,000 streams.

"Outside of the numbers, when I ask people, 'What's your favorite song?' and most people say, 'It's that song about your wife.' Ha ha. The song is about regretting not truly appreciating the person closest to you. So, I think a lot of people can relate to that."

That kind of feedback serves as inspiration.

"I asked myself the other day, 'What is your tangible footprint going to be?' It's probably a question most of us ask at some point in our lives," he says. "I don't have children. So, in some ways, music represents a way for me to leave something behind. For so long, I was full-throttle-focused on my professional career -- like, 20-hours-a-day focused. The pandemic was a real wakeup call for me. It made me realize I needed to focus on things outside of work and that I had been depriving myself of joy. Music is the only thing that gives me goosebumps. And why wouldn't you want that in your life?"