Walter Eagleton gives tourists a taste of the good life with his travel company.

Every anniversary, Walter Eagleton's ('81 M.M.) wife, Kimberly Anne Brown Eagleton, would plan a surprise trip. She'd tell him what kind of clothes to pack and at the airport he'd learn the destination -- usually somewhere in Europe.

Now the couple is hosting tours in Europe as part of their company, Artistic Gourmet Adventures, with Eagleton using his cooking skills to create elaborate meals. His favorite moment comes when he sees a doubting client arriving, wondering what to expect, as they enter an Italian villa or French chateau.

"The first day they arrive, they see how things are going to unfold," Eagleton says. "What's it all about? We always turn skeptics into believers."

Eagleton has created surprises -- and he's surprised himself with three successful careers in his life. He's gone from musician to photographer to chef for his company. Now living in the Loire Valley of France, he notes that his occupations have all been an art form.

"My parents always instilled in me that I could do 'anything' I wanted in life, as long as I loved it and was fulfilled," he says. "I truly believe in the adage that 'If you love what you do, it's not work. It's just an extension of who you are.'" 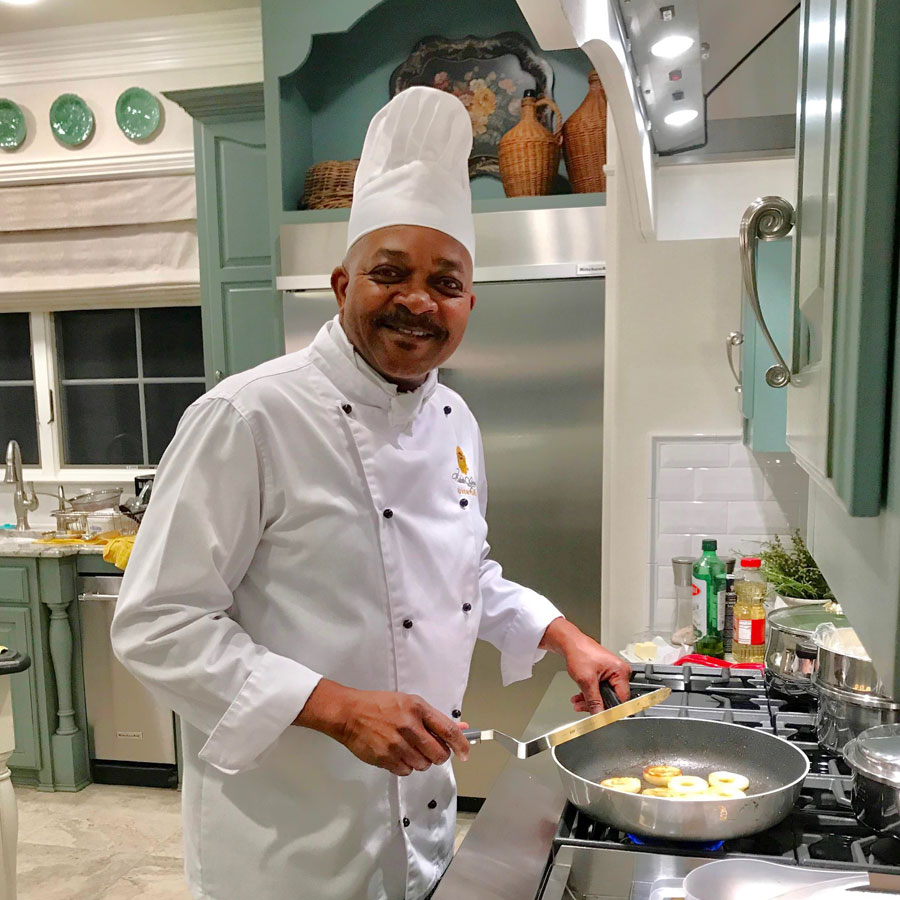 Eagleton cooks up a meal in his kitchen.

Eagleton, who plays clarinet and saxophone, came to UNT for its jazz program and performed in the Five O'Clock Lab Band. He sold sheet music to school band directors for Brook Mays Sheet Music in Dallas and Pender's Music in Denton, while he taught music lessons privately, played professional gigs in the Dallas-Fort Worth area and helped raise his two sons.

"When you're a working musician and a private teacher, there's so many things going on," he says. "I got burned out on the lifestyle. I really did love what I was doing, but you had to work to make a living."

Traveling was his outlet, and he took up photography and enrolled in cooking courses during the trips. He turned photography into a career at age 40, with Eagleton Photography becoming a popular portrait studio in Denton.

Active in the community, he offered his culinary services as auction items for local organizations' fundraisers.

Friends noticed the trips the Eagletons were taking and asked them if they would arrange a similar trip for them. Around 2014, they arranged three such trips -- one for a dozen people.

Compliments to the Chef 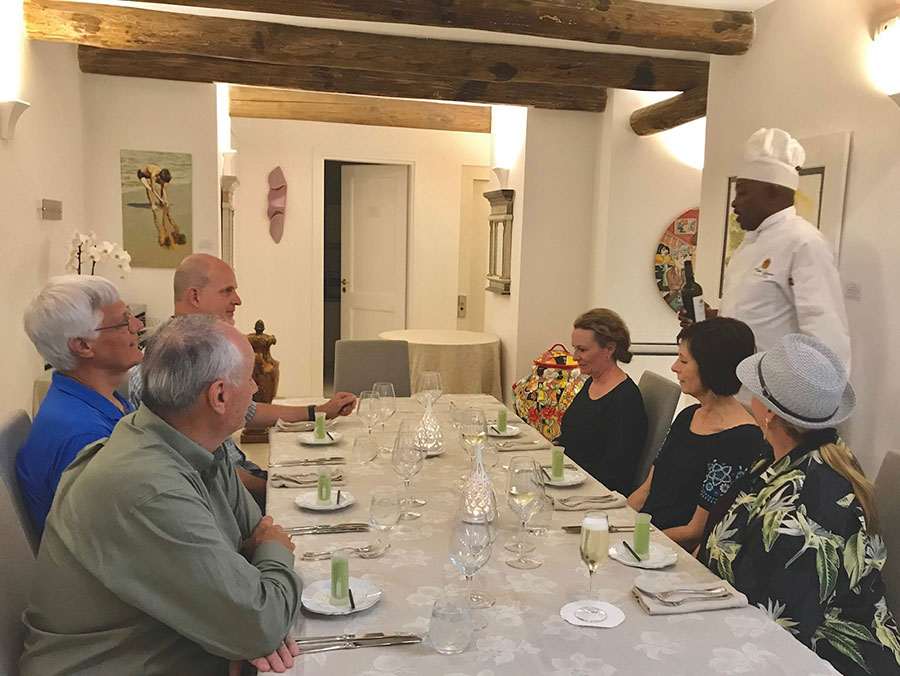 Eagleton prepares to serve a three-course meal to his clients.

Eagleton not only had a new business, but he would soon find a new career and a new country to call home.

During the trips, a client sees the sites on a tour guided by Kim during the day, then are treated to a three-course meal from Eagleton in the evening.

Eagleton fell in love with the idea of higher end cooking when he befriended a British chef. They met up with the chef and his wife during a skiing trip in 2014 and the couple mentioned they wanted to rent out a property they bought in the Loire Valley in central France.

"My wife literally out of the blue says, 'We'll take it,'" Eagleton says. "So, all of a sudden, we were renting the house."

The home serves as base when they are giving tours. During a seven-month break in 2016, they realized Eagleton had time to take a seven-month course from Le Cordon Bleu, a prestigious culinary school in Paris, allowing him to take his skills to a professional level. He now even has his own YouTube channel.

While his life has been full of surprises, he has enjoyed them all.

"Our satisfaction and fulfillment come from being creative, making people happy and establishing/maintaining excellent business practices," he says. The Essence of Music

Tackling Career Goals One Story at a Time

A Mind for Journalism The Eagle has Landed