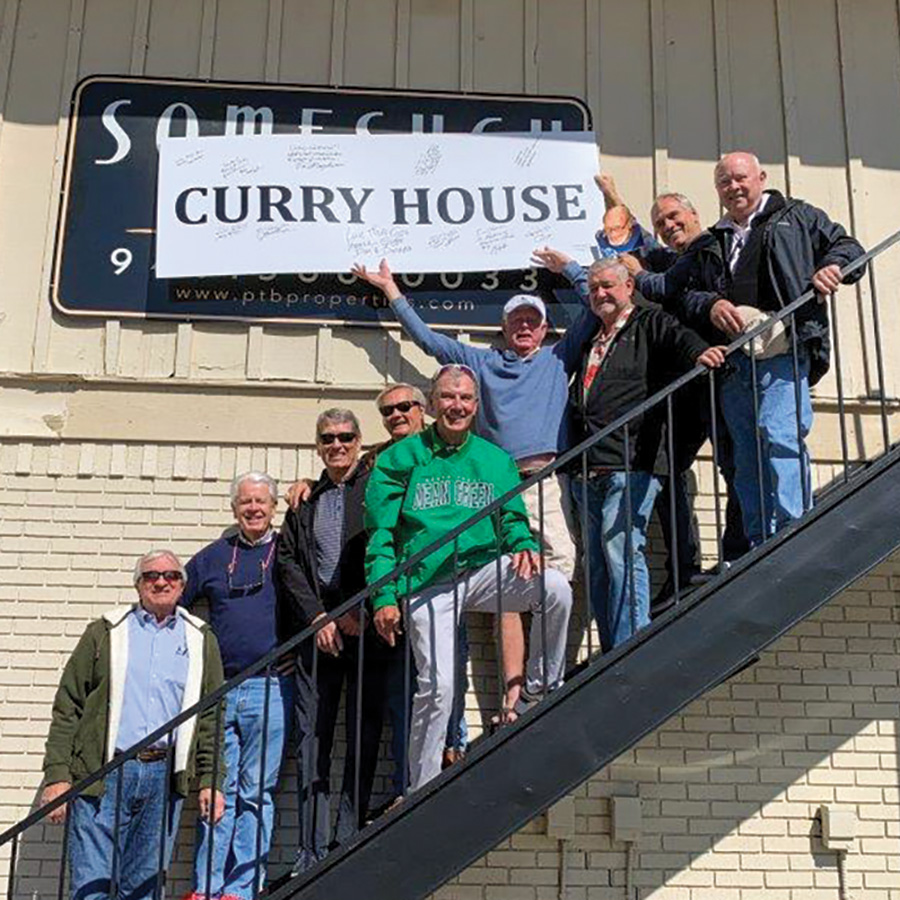 Residents of the Curry House apartments from 1964 to 1970 reunited Oct. 24-25 in Denton. They had a big going-away party in 1969 and reunited 50 years later to see the old apartment building. "Thanks to a young couple, the highlight of the trip was when the guys got to take a look inside," says Bill Mackey ('71). "There have been a few upgrades over the years, but all the old memories of who parked where and who lived where still remained."

"The Curry House Boys didn't belong to any fraternity but many of their stories would make a great sequel to Animal House," Bill Mackey says.