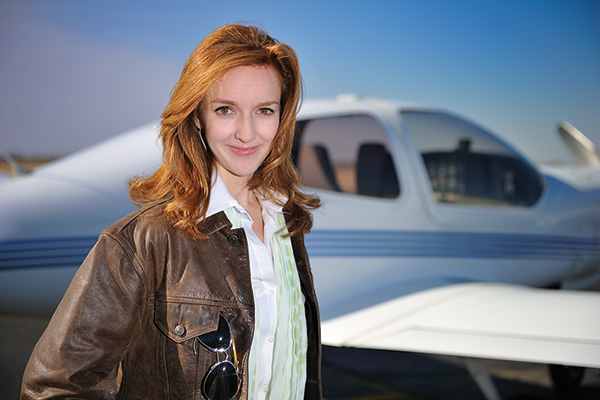 Laura Rusnok ('10) found the pathway to her lifelong dream while walking the corridors at UNT.

The business major bumped into Jeff Sager, professor of marketing and logistics, and he commented about the airplane logo on her T-shirt.

Rusnok said she was interested in aviation — she had wanted to be a pilot since she was 14 — and Sager suggested that she speak with Steve Swartz, associate professor of marketing and logistics, who was spearheading UNT's new aviation logistics degree. Rusnok took his advice and became the first person to graduate with that major.

"You could either classify it as divine providence or sheer dumb luck," she says of the incident.

Rusnok, one of 3,500 transfer students who come to UNT each year, had transferred from Tarrant County College. While many transfer students know their major, others find a new direction in their career thanks to UNT's classes and faculty.

Rusnok, for example, had considered other four-year colleges with aviation programs, but they were too expensive for her. UNT's aviation logistics program is the first four-year program of its type at a university in Texas and one of only two such programs in the nation.

"UNT worked out better because they were creating their own business aviation program," she says.

Art of the matter

UNT does everything it can to make the transfer process go as smoothly as possible.

Prospective students can take transfer tours specifically tailored for them. UNT participates in the Texas Common Course Numbering System, making it easy to transfer courses. Transfer advisors help students by providing advice and answering any questions. Once the students are on campus, they can receive help from the UNT Transfer Center.

But alumni also credit UNT's faculty members for steering them into successful careers. Jessica Weiss ('02), for instance, changed her career goals when she transferred to UNT from Collin College in spring 2001.

She majored in art history with the intent to go to medical school, figuring the art classes would stand out from the usual biology and chemistry majors.

Then she took the Sex and the Renaissance class with Kelly Donahue-Wallace, associate professor of art education and art history. In this seminar class, she and her 10 classmates debated images of the gods and nudes during this time period.

"The seminar proved to me that being an art historian is more than memorizing a lot of facts. You have to actively engage with the materials to generate your own interpretations," Weiss says. "I liked art history so much, that's what I've studied in school since."

She hopes to work as an art history professor after completing her doctorate this spring at the University of Texas at Austin. 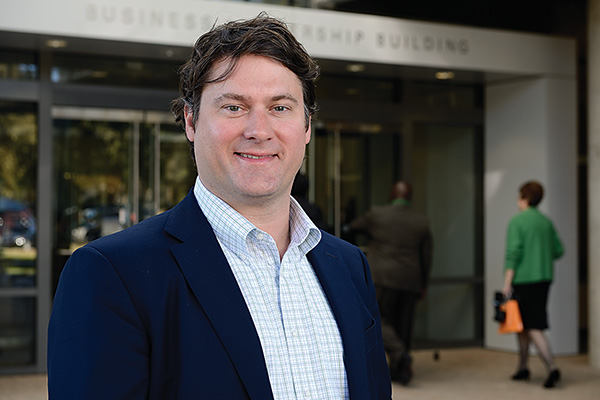 Banker Bryan Milner ('00) knew his career plans when he came to UNT in the spring of 1999. But his teachers guided him to the right jobs.

He had gone to UT in the early 1990s, then took time off to play guitar professionally. He also was buying and selling vintage guitars, and he soon became more intrigued with the business aspects than the guitars themselves.

He went to Tyler Junior College, then transferred to UNT, choosing it over other major universities after he met Imre Karafiath, the professor who was chair of the Department of Finance, Insurance, Real Estate and Law.

"I got a great feeling from the folks at UNT," Milner says, noting the faculty seemed to be very engaged with teaching.

As he approached graduation, he had several job interviews — all set up by his professors, including the late Peyton Foster 'Doc' Roden,  professor of finance, insurance, real estate and law — and landed his first job at Mary Kay Inc. He earned an M.B.A. in 2004 and now serves as vice president of loan originations at Wells Fargo Capital Finance, where he originates loans from $30 million to $5 billion in a four-state region.

Like Milner, Rusnok now works in her chosen field thanks to her education at UNT.

After graduation, she landed a job as an aviation insurance underwriter at Phoenix Aviation Managers, where she examines insurance risks of commercial business and corporate aircraft. She travels around the country, sometimes flying the company's plane, to visit brokers and meet prospective and existing customers.

Through her education at UNT, she learned the basics of the aviation industry and the technical vocabulary of her field,  and how airlines  and cargo operators fit in the network of global supply chains. She's grateful she attended UNT, which she chose for its well-regarded business program, location and affordable costs.

"My professors gave me the right environment to pursue my passion for aviation inside and outside the classroom walls," she says. "UNT was my gateway preparing me for the skills needed in the real world."