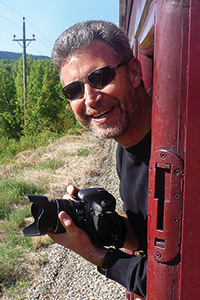 David Hares ('86) is used to planning and making lists after working as a business analyst for 27 years. But when it came to photographing U.S. national parks, he took a less structured path.

"I decided to approach this with the mantra, 'Have a direction, but not a destination,'" he says. "It allowed me to enjoy the journey by being open to whatever pops up along the way."

The result is Exploring America: A Photographic Journey, a traveling museum exhibit containing 85 photos that cover 40,000 miles and 45 national parks. It was on display at the Fort Worth Museum of Science and History and will continue on to museums across the nation this year. A book by the same title, published by rabbitpress.org, accompanies the exhibit and contains the majority of the work on display and a few additional photos.

Hares always has loved national parks. As a child, he visited the parks during summer vacations with his family and, after graduating from North Texas, delayed his first job for six weeks to take an 8,000-mile trip out West, camera and journal in hand. In 2011, he took a buyout from his job so he could set up his own photography business and made the goal to publish a book about the parks.

He says he learned patience in gathering content for the book -- especially when he spent 100 days observing multiple bald eagles at the San Juan Islands National Monument in Washington. He was able to catch one moment when a male eagle decided to steal food from an immature female eagle. 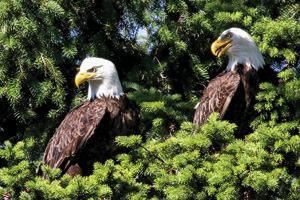 "She put her talon on his head and flipped him on his back," he says. "After a look of surprise, he flew away."

Hares adds that capturing such moments is a challenge.

"You learn to be patient and wait. This image is one of thousands and the result of many hours of sitting, watching, adjusting settings and waiting."