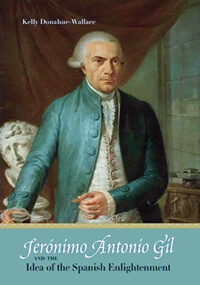 In Jeronimo Antonio Gil: The Idea of the Spanish Enlightenment (University of New Mexico Press), art history professor Kelly Donahue-Wallace examines the life of the Spanish engraver who became the founder of the first royal academy in the Americas.

She read Gil's will in which he described his possessions, including diamonds, three telescopes and more than 100 paintings that he purchased after starting his adult life with nothing. It also contained sad passages about his wife, whom he had not seen for two decades since she did not want to leave Madrid for Mexico City.

"I wanted to get to know him better, which I did thanks to his abundant writings," Donahue-Wallace says.